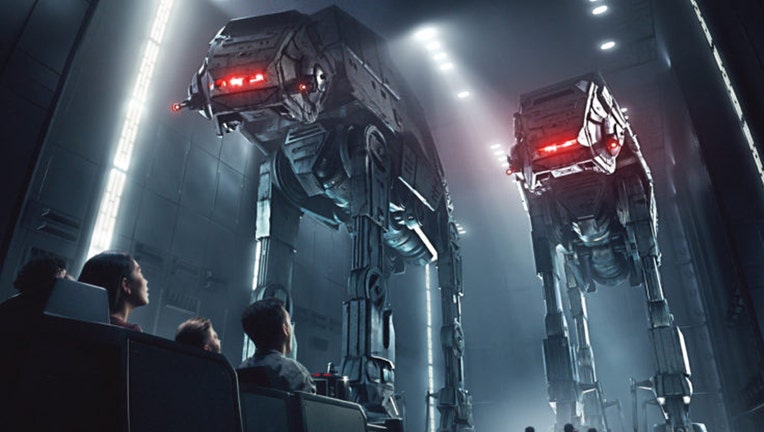 ANAHEIM, Ca. - The force is not strong at Disneyland this summer and employees are feeling the pinch.

The new Star Wars: Galaxy's Edge Land made its debut to the public in May of 2019 at Southern California’s Disneyland and has become a bit of a disappointment to the theme park employees whose hours and paychecks have suffered due to lack of attendance.

“Wait times this summer for the new Millennium Falcon: Smugglers Run ride were expected to be over 2 hours long all summer, but in reality, the lines have been averaging half that or less,” an employee, who spoke under the condition of anonymity, tells FOX Business. "As a result, the company has been forced to cut our hours. The need for us to work simply isn't there."

Employees are now working under 40 hours per week. “Our hours have been cut to as low as 30-35 hours some weeks, even though we have both worked for the park for years. It makes life challenging when your paychecks get cut unexpectedly" the same source explained. A worker can earn around $15 per hour. The reduced workweek means a paycheck, before taxes, could fall from $600 to $450.

“I feel the problem is Star Wars took too long to build so they rushed the opening with only one cool feature. The only other big ride isn’t even scheduled to open until the end of the year,” the source elaborated. Disney's blog announced that the second major Galaxy's Edge feature, Star Wars: Rise Of The Resistance, won't open until early 2020.

“Some people stayed away just because they expected that it would not be a great guest experience,” Disney CEO Bob Iger said on a recent earnings call. “The second attraction in Anaheim will open in January. So we feel great about the product that we’ve created. It’s just going to take some time for things to work themselves out in terms of how the marketplace is reacting."

Media anaylst Porter Bibb, of MediaTech Capital Partners, explains why the new Star Wars land may be struggling to pull in big numbers in it's opening fiscal quarter, "It experienced some malfunctions due to the complex, sophisticated features but will be a compelling.attraction, especially once the new Star Wars film opens in Q4."

“Part of the problem too has been all the hype surrounding the new Star Wars land,” the source shared. “Tourists fear the anticipated crowds and the Los Angeles locals seem to be waiting out the summer crowds too." The source continued, "Admission to the park is not cheap either, it is $149.00 for one park or $199.00 during peak summer weekends for a park hopper ticket. For many families, that adds up real quick.”

A spokesperson for Disney tells FOX Business, “Full-time cast members know that they are regularly scheduled between 30 and 40 hours per week and that their schedules vary depending on a number of factors.”