A Virginia school shut down some of its bathrooms Monday after the principal says students trashed them as part of a viral TikTok challenge.

VIRGINIA (FOX 5 DC) - A Virginia school shut down some of its bathrooms Monday after the principal says students trashed them as part of a viral TikTok challenge.

The ‘Devious Licks’ challenge continues to cause problems in the DMV and nationwide.

The principal of Osbourn Park High School in Manassas sent a letter to parents Monday saying that several boys restrooms were vandalized Friday.

In the letter, first reported by InsideNova, Principal Lisamarie Kane said bags of soap and toilet paper were stuffed in the toilets, items were stolen and bathrooms were left covered in trash. 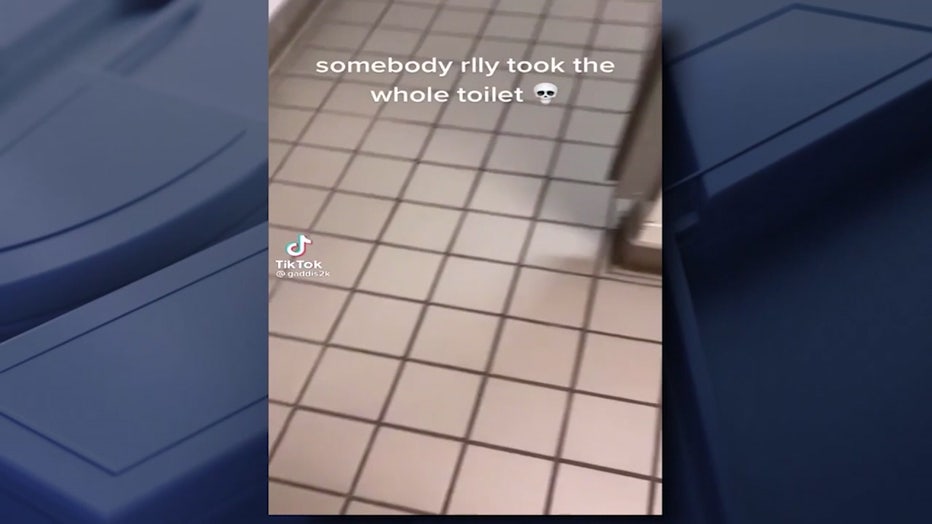 Kane said she closed boy's bathrooms on the second and third floors of the building Monday, leaving only restrooms on the first floor open.

"Beginning tomorrow, the bathrooms will re-open with an extensive monitoring plan to help prevent this vandalism from occurring," the letter says.

A district spokeswoman says the vandals have not been identified.

Leah Weinstein, who has an 11th grader at the school, was appalled by what happened, but supportive of the principal’s decision to close most of the boys bathrooms. She said she had heard of the Devious Licks challenge.

"A friend of mine is a teacher in Texas and she shared about it, and it just broke my heart," said Weinstein. "And I was like, ‘Wow, thank God that’s not happening here.’ And then a week later, it’s happening here."

Stafford and Fairfax counties are among school districts impacted by the vandalism from the challenge. 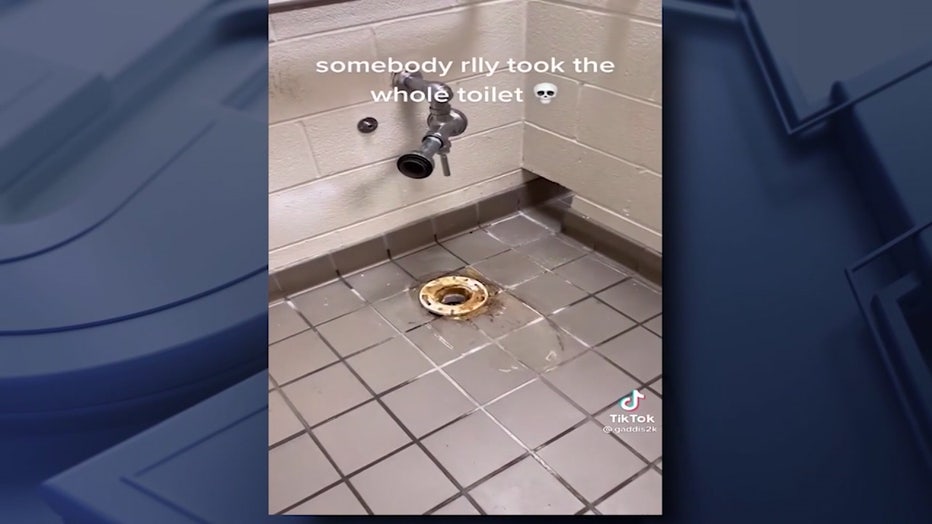 In the last week, schools coast to coast have seen vandalism from the challenge.

A Georgia school district is offering $100 cash rewards for information leading to an arrest.

In the LA area, school restrooms are also shutting down with students worrying they may soon only have access to portable toilets.

TikTok has attempted to stop the trend by banning videos mentioning Devious Licks. But the challenge lives on with teens spelling the words slightly differently and continuing to post the illegal acts. 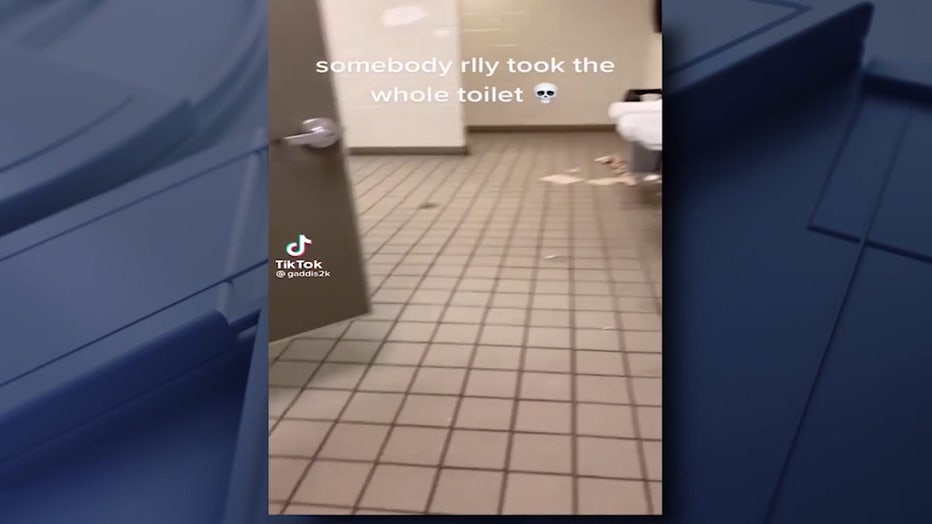 Parent Crystal Riley noted the wasted money that could be used to maintain and improve school buildings.

"It shouldn’t be wasted on having to fix a bathroom because students are being just irresponsible and acting like jerks," said Riley.

"I just feel like it’s really important just to talk to your kids. And say, ‘Don’t follow the crowd, that is not the cool thing,’" said Weinstein.