Denvers STAR program launched in June of 2020 has successfully responded to nearly 750 mental health calls, all of which have resulted in no arrests, no injuries and no police.

DENVER - Calls for changing how authorities respond to people in distress have resounded across the country amid cases such as that of Daniel Prude, a Black man who died after police in Rochester put an anti-spitting hood over his head and restrained him on the ground while he was having a mental health crisis in March.

Chief Paul Pazen of the Denver Police Department said that changes that have people who specialize in mental health respond to calls that warrant such skills are just common sense.

"On the surface of it, the common sense behind it is right in front of you. Let’s free up police officers to focus on police work, let’s get the clinicians, the mental health clinicians, the paramedicine professionals, let’s get them focused on the areas that they are more equipped to deal with," Pazen said.

Pazen said that he had been in a meeting with several community leaders three years before launching the STAR (Support Team Assisted Response) program to better understand what the community needed from law enforcement. Alternative responses to low-level mental health calls was at the top of the list. 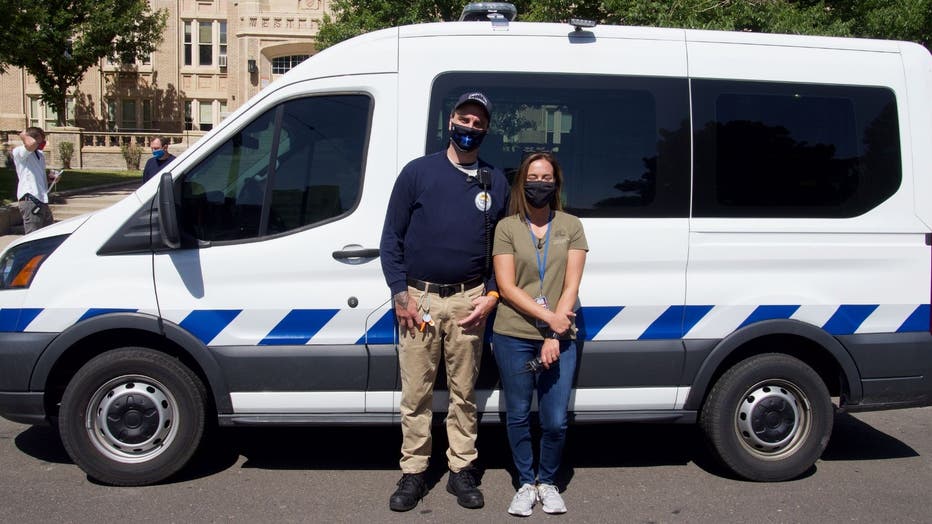 RELATED: Rochester police officers who restrained Daniel Prude will not be charged in his death

"April 1 was our target. We had worked together with community members for almost three years, navigating the funding, navigating how our response would take place here in Denver. The pandemic hit, we were concerned about two people being in the same car and the safety of that aspect," Pazen said.

But as the pandemic progressed and health guidelines evolved, the program was slated to debut in June of 2020.

And thus the STAR program was born. Modeled after the Eugene Police Department’s CAHOOTS Program, STAR is a separate entity made up of licensed clinicians, supplied by the Mental Health Center of Denver, who are equipped to answer mental health calls without a police officer's presence.

The program allows for a mental health professional to de-escalate a situation without the consequence of an individual being arrested or the potential for the situation to turn violent due to the presence of police officers.

"I saw this as a win-win," Pazen said. "A win-win for the person who is in crisis because they have the more appropriate response addressing their concern and a win for the police officers because they can focus on the work that they’re very good at and we have too much of. We have our hands full with violent crime, with property crime and traffic safety and this gives us an opportunity to focus on those police issues while getting people that are in crisis, low-level mental health crisis, connected to a better response and better resource," Pazen continued.

Since it debuted in June, the STAR program has successfully responded to approximately 748 calls, all without an officer present and all of which did not end in arrest or injury.

There are different levels of mental health calls, which are all funneled and assigned using Denver 911, which is the city’s dispatch center.

Low-level mental health calls include, but are not limited to situations such as an intoxicated person, suicide, welfare checks, indecent exposure, trespassing and even syringe disposal.

Once it is determined whether or not a call is a low-level or high-level mental health call, either a STAR clinician will be dispatched or a co-responder team — which includes a clinician and an officer — will respond. 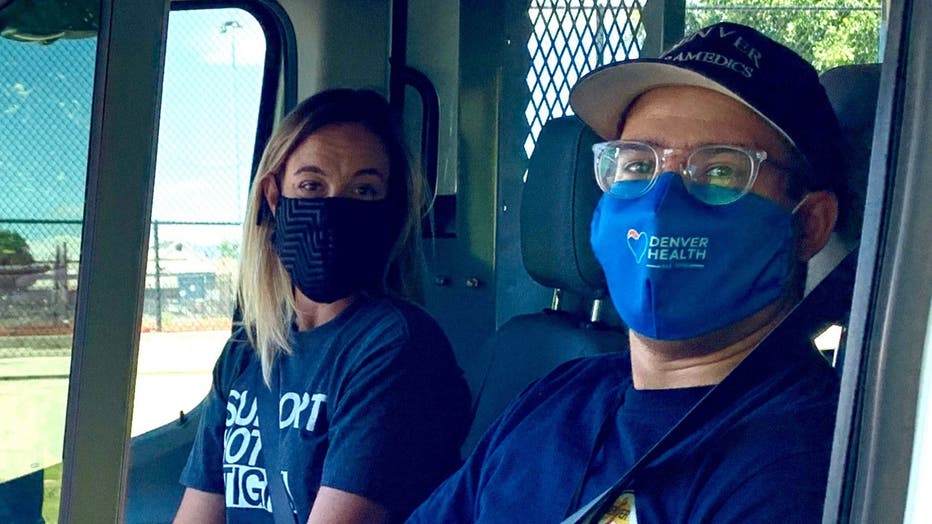 But there’s always fluidity, as situations can change on a dime. Some situations may start off low-level but can quickly escalate to high-level and dangerous situations, not just for the individuals, but for the clinicians involved. That’s why police, while they are backlogged and busy dealing with crimes, are always on hand to come and assist if needed.

Some other U.S. cities, including San Francisco, have recently replaced or planned to replace police with mental health professionals in some situations.

RELATED: Orlando mental health experts could respond to many 911 calls

In New York City, police and EMTs responded to all 154,000 calls to 911 for emergency behavioral health help last year. Nearly half ended with someone being hospitalized, and fewer than 1 in 100 resulted in arrests, police officials told the council committee.

The New York Police Department is working with ThriveNYC "to ensure that the appropriate agency responds to people in mental health crisis," police spokesperson Al Baker said in a statement.

A pilot program in Oakland to dispatch counselors and paramedics to mental health crises, instead of armed law enforcement officers, that was scheduled to start in January is having trouble getting off the ground.

The Oakland City Council in June voted to set aside $1.85 million to fund the program amid protests against police brutality that followed the killing of George Floyd. But eight months later, the Mobile Assistance Community Responders of Oakland program is in disarray after two community-based organizations that were vying for the contract bowed out this week, the San Francisco Chronicle reported last week.

Denver’s STAR Program is still in its pilot stage, but early data collected by the Denver Police Department is showing promising results. Those results have prompted the city to allocate $1.4 million to help expand the program this year.

But the work does not stop after a mental health call is concluded. Pazen said he has set his sights on the future and hopes that more attention, resources and training can be funneled to help clean up the aftermath for some individuals who have been involved in a mental health incident that warranted a STAR response.

Pazen stressed that while the initial call to service is important, he wants the program’s impacts to have longevity and eventually serve as a permanent positive change in an individual’s life.

"Our STAR program is getting a lot of attention. This is something that the community, in many areas, are demanding, they want to see alternative response for the low-level calls for service that may be more appropriately handled from this type, which is great. The follow-up is something that we haven’t had much of a discussion with, but I’m just as proud with what we are doing post-incident as I am with our STAR response and co-responder response," Pazen said.

"What I see as a long-term, sustainable approach is our case manager program. This is something that started 30 days after our STAR program. Funded the same way but we were looking beyond just the call for service. beyond just the alternative response but beyond just the police response," Pazen added.

Pazen wants the help to extend for days, weeks and even years, depending on the individual’s needs.

On average, a single call could last as long as 25 minutes, but that’s not enough to fix the underlying issues a person might be facing, according to Pazen.

"They’re not going to solve all of my issues in 25 minutes. If I’m in crisis, 25 minutes is not going to fix the challenges that I may be dealing with. It may be challenges with housing, substance abuse, mental health, and they may get me connected to the resource that can help me temporarily," Pazen said.

But a case management program could help individuals with long-term recovery.

"We’re addressing those underlying causal factors that may contribute to those crises in the first place," Pazen said.

And while Pazen cannot speak for how every community across America handles mental health calls in relation to law enforcement, he stressed that the data do not lie.

Since the start of the STAR program, results from mental health calls, whether high or low, have seen better outcomes when a clinically trained professional is present to handle de-escalation.

"We believe that the data shows better outcomes and each city, each community needs to take a look at what they do. We consider ourselves a learning organization this is something that I believe will help us, it will help us address the individuals in crisis and it frees up police officers to focus on something that they’re really good at: addressing crime. From my perspective, this is a win, win," Pazen said.

"This is in no way replacing police, it’s about better outcomes and figuring out how we can keep our community safe. Whether that’s the individual who’s experiencing crisis or being able to allow police officers to focus on the numerous challenges they have with regards to violent crime, property crime and traffic safety," Pazen said.