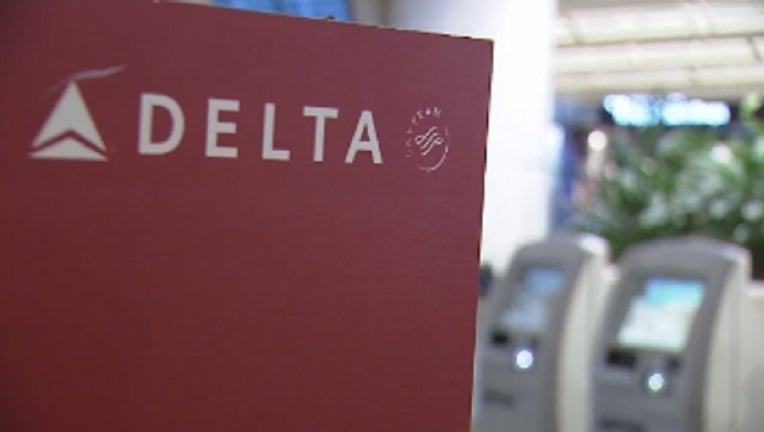 DALLAS (AP) -- Delta Air Lines, recovering from a weekend technology outage, canceled more flights Monday but said that the issue has been resolved.

The airline said Monday that 110 flights had been canceled and more could be scrubbed. That followed the cancellation of about 170 flights Sunday night.

President Donald Trump blamed Delta for weekend problems at many airports, where large protests were held to oppose his executive order that temporarily banned travel to the U.S. by refugees and citizens of seven majority-Muslim countries. Federal judges blocked part of the order.

Trump tweeted early Monday morning that only 109 people were detained for questioning under the order, out of 325,000 coming to the U.S.

"Big problems at airports were caused by Delta computer outage," he tweeted.

Just two weeks ago, Delta CEO Ed Bastian was praising Trump, saying that he was "very excited" about the possibility that the new administration might invest in upgrading airport facilities, reduce taxes and cut regulations.

On Sunday, Delta asked the Federal Aviation Administration to hold up its departures at six major airports including Atlanta, Kennedy and LaGuardia in New York, and Los Angeles International, for several hours.

Bastian apologized on the company's website to customers affected by the "frustrating situation." Delta apologized on Twitter that some delays and cancellations were not showing up on its own systems including its website and mobile app.

Delta offered to let passengers booked on flights Monday to delay travel plans for a few days without incurring the usual fee -- $200 for domestic flights -- for changing a ticket.

In August, Delta suffered a computer breakdown after a power outage in its operations center. The airline canceled more than 2,000 flights over three days and said the outage cost it $100 million.

Shares of Delta Air Lines Inc. were down $2, or 4 percent, to $47.70, in afternoon trading, as most U.S. airline stocks fell more sharply than the broader market. None of the major U.S. airlines fly to the countries covered by Trump's order, but they have foreign partners who do.

Jim Corridore, an analyst for CFRA Research, said the travel ban wasn't likely to have much effect on demand because of the light amount of traffic between the U.S. and those countries -- Iraq, Iran, Syria, Libya, Sudan, Somalia and Yemen. But he said it could hurt Boeing Co. by raising the possibility that Iran and Iraq could retaliate by canceling multibillion-dollar jet orders.

Josh Boak reported from Washington. David Koenig can be reached at http://twitter.com/airlinewriter