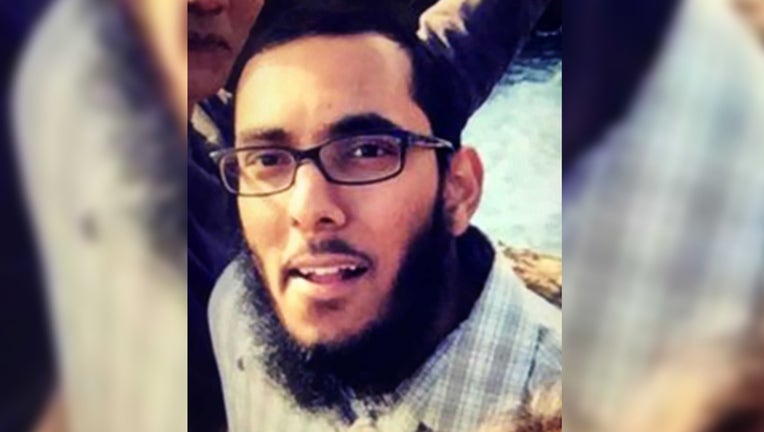 GERMANTOWN, Md. - A defense attorney is seeking a court-ordered psychiatric or psychological exam for a man accused of planning an Islamic State-inspired attack at National Harbor.

Rondell Henry's lawyer filed the request under seal this week, but a federal prosecutor's court filing Tuesday indicates the defense wants an expert to determine if Henry is mentally incompetent to stand trial.

Henry, 28, of Germantown, Maryland, was arrested March 28 and indicted last month on a new charge of attempting to provide material support to a foreign terrorist organization, the Islamic State.

Henry allegedly stole a U-Haul van in Virginia and parked it at the National Harbor. Police arrested him the next morning after they found the van and saw Henry jump over a security fence.

Henry told investigators he planned to carry out an attack like one in which a driver ran over and killed dozens of people in Nice, France, in 2016, authorities said.

After his arrest by local law enforcement officers, Henry was taken for a psychiatric evaluation and held at a mental health facility for several days before FBI agents took him into custody, according to a different attorney who represented him at a court hearing in April.

Court records indicate Henry's current lawyer on Monday filed a sealed motion for a federal judge in Greenbelt, Maryland, to order a competency exam and hearing for Henry.

In Tuesday's response to the sealed filings, Assistant U.S. Attorney Thomas Windom urged the judge to reject language in the defense motion that would limit the use of any statement Henry made during the competency evaluation in any criminal proceeding.

"First, it is premature to cabin the future use of the defendant's statements, in the absence of knowing what those statements might be and what hearings may arise in this case going forward," Windom wrote.

Windom said during an April 9 detention hearing that Henry intended to kill as many "disbelievers" as possible.

Assistant public defender Michael CitaraManis, who represented Henry at the April hearing, urged the court to be skeptical of authorities' claims and argued that the government "is trying to fit certain facts into their narrative."

Henry is a naturalized U.S. citizen who moved to the country from Trinidad and Tobago about 11 years ago.

Prosecutors have said Henry watched Islamic State propaganda videos of foreign terrorists beheading civilians and fighting overseas, admiring their actions and considering them brave. Investigators said they recovered a phone Henry had discarded on a highway in an apparent attempt to conceal evidence, including images of the Islamic State flag, armed Islamic State fighters and the man who carried out the 2016 Pulse nightclub massacre in an Orlando, Florida.

Henry initially considered an attack at Dulles International Airport on March 27, trying unsuccessfully over two hours to breach the security perimeter by slipping in through a checkpoint or accessing a restricted area, prosecutors said. Instead, he drove to the National Harbor later that morning, parked the truck, broke into a boat and hid there overnight, according to prosecutors.