Bowser is a Bloomberg Campaign National Co-Chair and in previous remarks has said that Bloomberg apologized for Stop and Frisk, that he recognizes it went on for too long and that 95 percent of those [Stop and Frisk] stops were stopped before Bloomberg left office.

Critics not only question Bowser’s remarks, but they are also scrutinizing the history of controversial police stops under Bower’s own administration.

“I think there’s a re-writing of history that Mayor Bowser is actually doing. When Bloomberg was mayor, he did not stop the stop and frisk practice in New York City. He was compelled through court order to stop the practice,” said DC ACLU Executive Director Monica Hopkins.

Stop and Frisk is a police practice where officers can stop or briefly detain people, and maybe search them, if it’s suspected that they’re about to commit a crime, did or will do so. Community activists say this practice disproportionately targets communities of color.

Multiple reports say the practice was inherited by – and exploded under former New York City mayor Michael Bloomberg. The NYC ACLU’s analysis of “Stop and Frisk” found that: “At the height of stop-and-frisk in 2011 under the Bloomberg administration, over 685,000 people were stopped. Nearly 9 out of 10 stopped-and-frisked New Yorkers have been completely innocent.”

To be clear – the District of Columbia does not have an official Stop and Frisk policy. However, the ACLU of D.C. does say the Metropolitan Police Department has been known to carry-out “jump-outs,” which members of the ACLU say, is very similar. 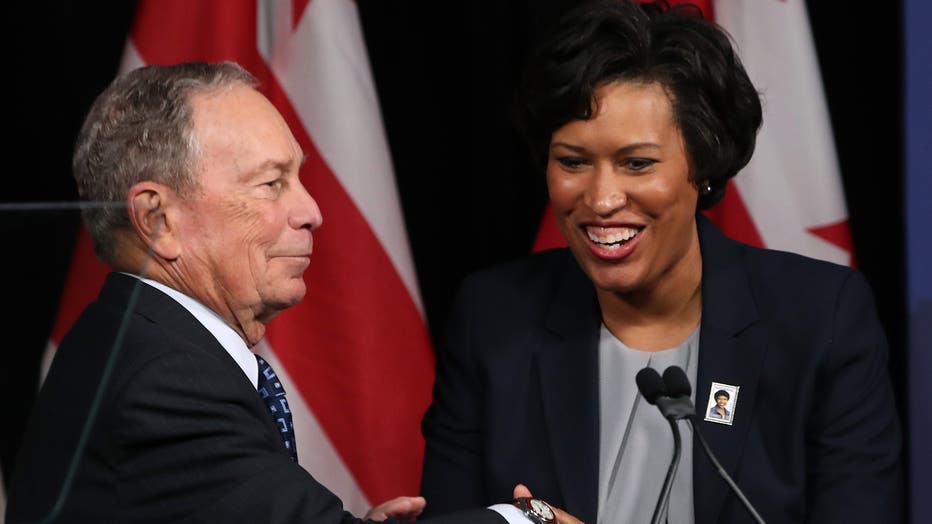 The DC ACLU branch’s Executive Director tells FOX 5 D.C. police were supposed to be collecting important MPD stop data after the NEAR Act was enacted in 2016. Two years after DC’s NEAR Act was enacted, Monica Hopkins said the ACLU was still fighting for MPD to release their stop information.

“Let’s put a fine point on this,” Hopkins said, before telling FOX 5, “…we have been working with other advocates on the ground for the NEAR Act and its implementation and at no point during the three years after the NEAR Act became law, did the Mayor put her foot down and say, this needs to happen right now

Mayor Bowser answered questions on this on Friday at public event in Southwest D.C. “We were being asked information that some were DMV, some was from police, and we had to make sure that our system were right so that the data was accurate, but it was always our intention to follow the law, and that’s what we’ve done,” said Mayor Bowser in part of her response.

Hopkins is calling on Bowser to end controversial stops in the district.  “If Mayor Bowser actually sees Mayor Bloomberg as a mentor for her, then she as a leader, would be asking what sort of lessons were learned there and look in our own backyard and put a stop to the stop and frisk program she has running right here in D.C.,” she told FOX 5.

When asked to respond to the criticism around defending Michael Bloomberg, Mayor Bowser told FOX 5, “I think our residents are proud of our police department and our relationships with communities. We work very hard at it because we know how fragile that relationship can be. What we know for sure is that we know communities need police and police need communities so that – so that we can be safe.”

Last September, D.C. Police did release a breakdown of stop data over a four week period. It was a snapshot involving more than 11,600 people stopped. Still in that same report, police found 70% of those stopped during that four-week period were black, compared to the 15% stopped who were white. The same reported noted about 46% of the District’s population is black and around 37% is non-Hispanic, white.

D.C. Police declined to interview on the matter Friday but did confirm are releasing stop data every six months and that we should expect to see the next batch of data released in March. No date was immediately given.