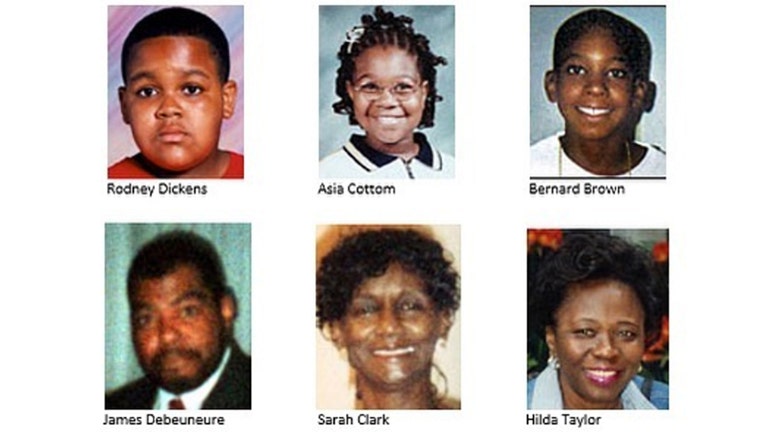 Students Asia Cottom, 11, Bernard Brown, 11,  and Rodney Dickens, 11, along with teachers Hilda Taylor, James Debeuneure, and Sarah Clark were chosen to participate in a trip to study ecology in California beside National Geographic Society researchers.

Less than 35 minutes into the trip, their flight was hijacked. At 9:37AM, the plane crashed into the Pentagon, all passengers on board died, and 125 Pentagon employees lost their lives.

D.C. Public Schools posted photos of the students and teachers to Instagram. In a heartfelt caption, they briefly talked about each student and faculty member that died.

Asia, Bernard, Rodney, Hilda, James, and Sarah are forever in our hearts. Our deepest sympathies remain with their families.

According to the post, Asia was a new student at Backus Middle School, where her father worked as a coach and a classroom aide. Teachers remembered Asia as kindhearted and eager to help her classmates.

Bernard was described as the type of student who kept teachers on their toes at Leckie Elementary School. His teachers said he showed real progress in his academic work, which was one of the reasons Bernard was selected to participate on the trip. He also loved basketball and wanted to play professionally one day.

Rodney, an honor roll at Ketcham Elementary School, was a role model to his two young brothers. His favorite activity was watching professional wrestling—no matter what he was doing.

A veteran teacher at Leckie Elementary School, Hilda Taylor taught 6th grade. She was originally from Sierra Leone and immigrated to the United States to create a better life for her family. Taylor was a mother and a grandmother.

James Debeuneure returned to the classroom as a second career. He was a 5th grade teacher at Ketcham Elementary School and known for arriving early and leaving late. Debeuneure was a father of three.

Sarah Clark began teaching in DCPS in 1965, and worked as a 6th grade teacher at Backus Middle School. She was engaged to be married and was a mother of two.