The Washington, D.C. region is marking 20 years since John Allen Muhammad and Lee Boyd Malvo terrorized the area in a series of deadly sniper attacks that left communities living in fear over a three-week span in October 2002.

WASHINGTON - The Washington, D.C. region is marking 20 years since John Allen Muhammad and Lee Boyd Malvo terrorized the area in a series of deadly sniper attacks that left communities living in fear over a three-week span in October 2002.

Muhammad and Malvo shot and killed 10 people and wounded three others across the Maryland, Virginia and the District of Columbia during the deadly sniper spree. Multiple other victims were shot and killed across the country in the months prior as they made their way to the nation's capital. 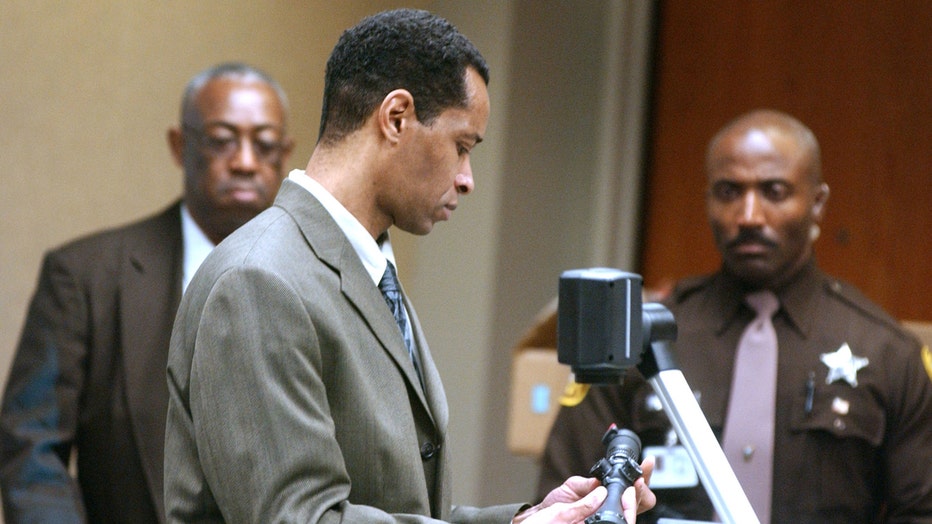 FOX 5's Bob Barnard first reported about the deadly sniper attacks on the morning of October 3, 2002 after four people had been shot and killed in only a matter of hours.

Barnard says the attacks were a nightmare that continue to haunt witnesses, family and police to this day. The shootings impacted the way the community went about their daily lives, traveled to school and even fueled up their vehicles.

"When this thing went down, it was so random and the shootings appeared to be everywhere - there was a question of whether or not this was another form of terrorism," Montgomery County State's Attorney John McCarthy, told Barnard. 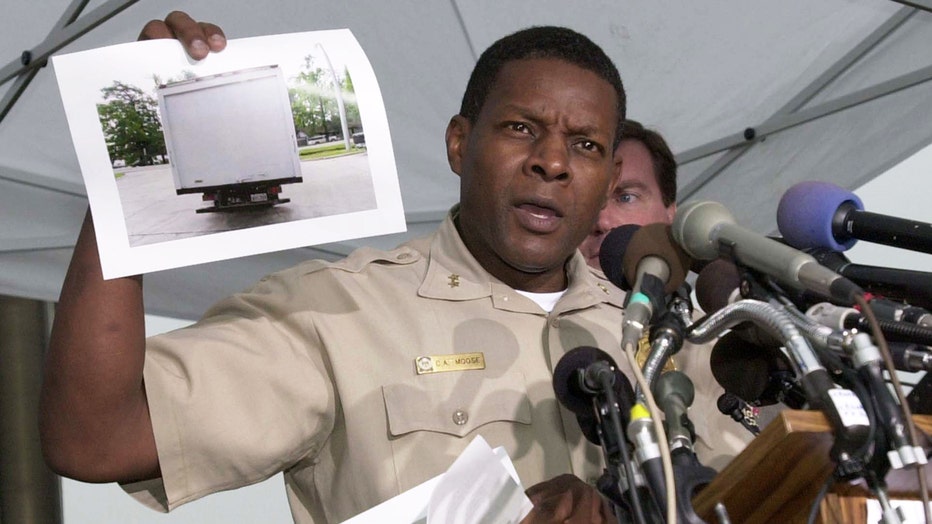 Malvo was sentenced to six life sentences without the possibility of parole. Muhammad was executed in 2009. 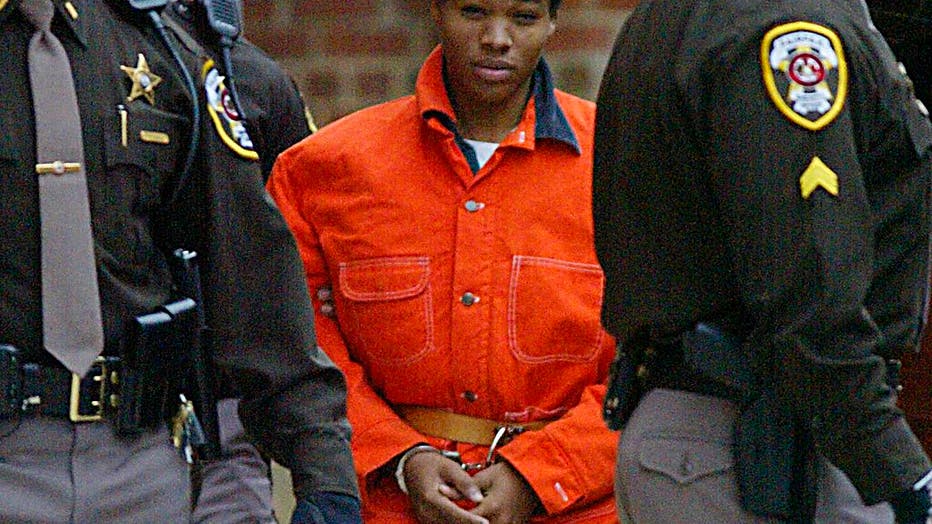 FAIRFAX, : Sniper suspect Lee Malvo (c) leaves a pre-trial hearing at the Fairfax County Juvenile and Domestic Relations Court 04 December 2002 in Fairfax, Virginia. Malvo is a suspect in a sniper style killing spree. It has been reported 02 July 200

In their new podcast, "Three Weeks Of Hell: The DC Snipers Podcast," Barnard and FOX 5's Melanie Alnwick discuss their reporting during this terrifying time in the nation's capital. You can listen to the first two episodes here on our website, YouTube, or wherever you get your podcasts. Episode 1 and Episode 2 are now available on FOX5DC.com in addition to YouTube, and wherever you get your podcasts including Apple Podcasts, Spotify, Amazon Music, iHeart, and TuneIn.