Authorities say a D.C. police officer was shot Sunday night in the Northwest.

The incident began around 9 p.m. in the 1400 block of Quincy Street. Chief Robert Contee said officers observed a person who "appeared to be very suspicious in terms of his behavior."

Contee said officers tried to make contact with the person nearby in the 1300 block of Spring Road when they said he pulled a firearm and fired several shots. 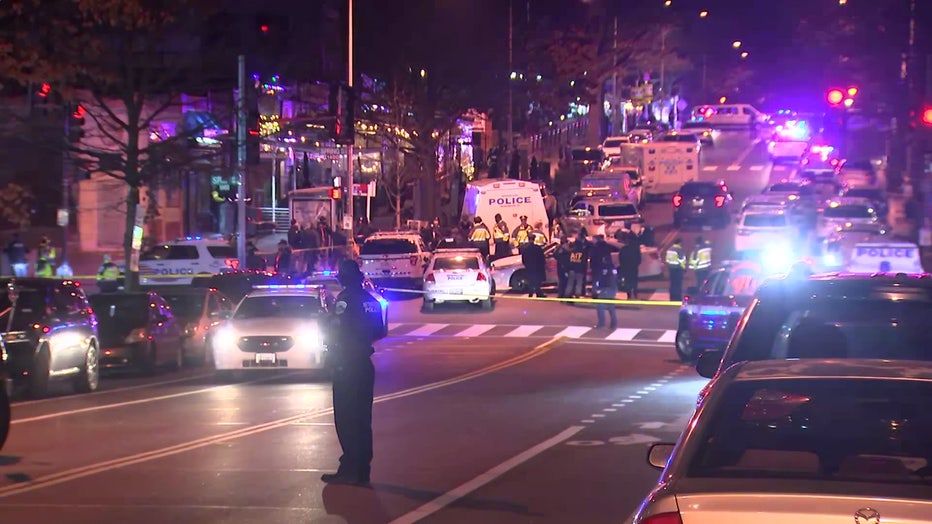 Contee said one officer was struck by the gunfire and injured. Officers gave chance back to the 1400 block of Quincy Street where a barricade situation was declared.

At this time, the gunman is still in on the loose. Police later said the officer was treated and released from the hospital.

The shooting is still under investigation. Anyone with information is asked to contact police.