WASHINGTON - Police nationwide and here at home are becoming targets for criminals and violent assaults. From an officer in New York City being doused with water to police in Southeast having fireworks aimed in their direction — the District's top cop admits policing is not what it once was.

DC Police Chief Peter Newsham told FOX 5 Wednesday that's the result of shifts in training based on the current climate — one where some have apparently lost all respect for law enforcement.

“Growing up in Northwest D.C., police officers always come and talk to you, come and talk to your school and say, ‘I'm a friendly face in the neighborhood if you ever need help,’ but then you grow up and you look like me and it's a whole different story and you see the headlights flashing in the rearview mirror and you don't feel safe, you feel like scared,” said Julian Bright. 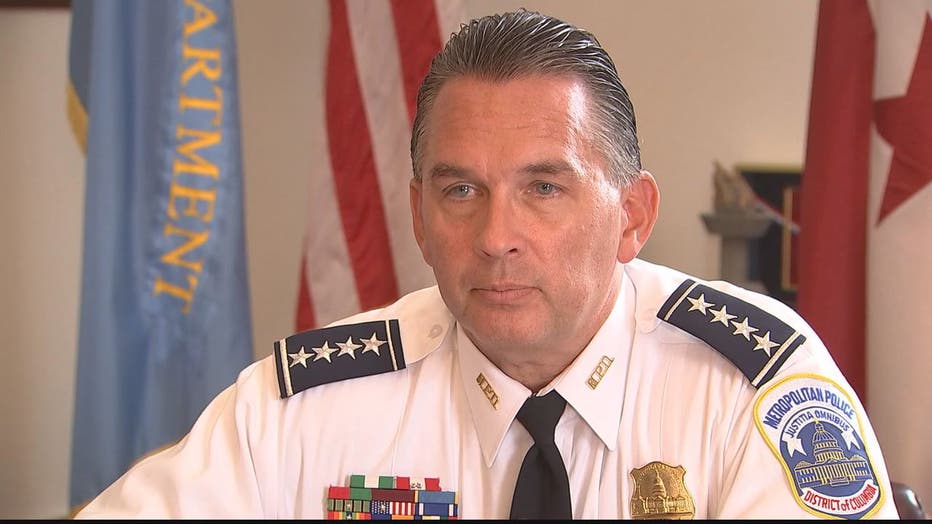 DC Police Chief Peter Newsham sits down with FOX 5's Tisha Lewis to discuss the recent assaults on officers in the District and across the country on July 24, 2019. (FOX 5 DC)

Newsham refuses to admit disrespect toward police is trending.

“We don't want to overplay a couple of instances that were caught on video and say that's some kind of trend,” said Newsham.

Newsham says the Metropolitan Police Department is hiring about 200 officers a month for the next year. The department is not alone in its shortage and plight to fill vacancies. Similar challenges are taking place at police departments in Northern Virginia.