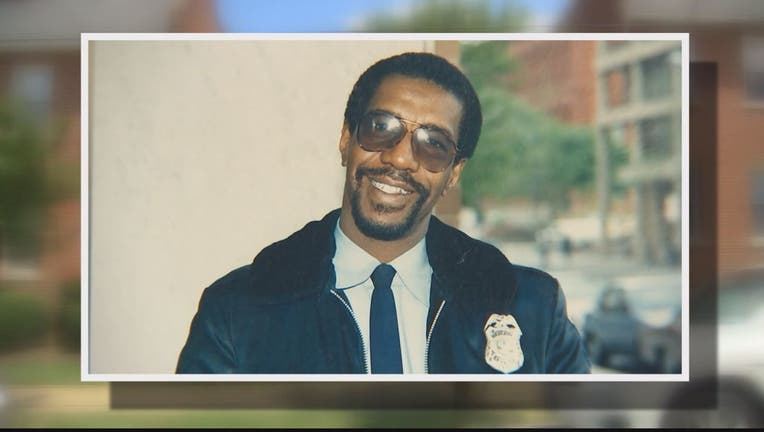 WASHINGTON - D.C. Police have made an arrest in a cold case FOX 5 featured in a Rewind to the Crime segment in 2017.

On Thursday police announced Kavon Young, 29, had been arrested and charged with the July 3, 2010 murder of John Pernell.

D.C. Police have made an arrest in a cold case Fox 5 featured in a Rewind to the Crime segment in 2017.

A retired protective service officer who was shot during a daylight robbery on Nelson Place Southeast.

For Pernell’s family, the news brought a flurry of emotions.

"It was a lot of emotion--anger, relief, fear because you live day by day coping with this, carrying this burden and then some days it sleeps for a while and then it’s open again and it’s like okay were here and it’s kind of although nine years have passed it’s like that same year again you are back in 2010,” said Pernell’s daughter Ayana.

As we said in the story, Pernell and some of his friends were preparing for a cook out when several gunmen approached and demanded money. As Pernell’s friends were on the ground obeying the robbers’ demands, but Pernell decided to fight back.

He attempted to disarm one of the gunmen when another approached and shot Pernell multiple times.

A court affidavit filed Friday says a cooperating witness came forward and fingered Young and another man in the killing of Pernell. When police compared Young’s DNA to DNA recovered from underneath Pernell’s finger nails the profiles matched.

Yolanda Voglezon joined her sister Friday in court for Young's arraignment. She was stunned by the news.

It’s unclear if the cooperating witness came forward after the segment was aired. We have reached out to D.C. police for comment but so far we have received no response.

RELATED: Rewind To The Crime: Who killed John Pernell?