Metropolitan Police are frustrated coming out of another violent weekend during 4th of July celebrations. Executive Assistant Police Chief, Ashan Benedict says the department is reporting 15 shootings, 19 victims, and 5 homicides over the three-day weekend.

WASHINGTON - Metropolitan Police are working to solve a number of violent crimes — including several shootings and stabbings — that happened over the holiday weekend.

D.C. police reported five homicides between Friday and Monday, including 15 shootings and a total of 19 victims.

With the string of violence that occurred, there were some problem areas in the city that were quiet thanks to boots on the ground.

During a press conference Monday, MPD's Executive Assistant Chief of Police Ashan Benedict applauded his men and women on the force and those on the "Go Teams" for their work this weekend.

The Go Teams are made up of Violence Interrupters and Credible Messengers ready to engage with the community. They teach fireworks safety and also help diffuse other issues that may arise.

The interim director of the District's Neighborhood Safety and Engagement Office, Delano Hunter, said his teams prioritized specific areas in the city from Congress Heights to Columbia Heights.

Within those 18 different communities — between the hours of 7 p.m. on Monday to 1 a.m. on Tuesday, Hunter said there were zero reports of shootings. 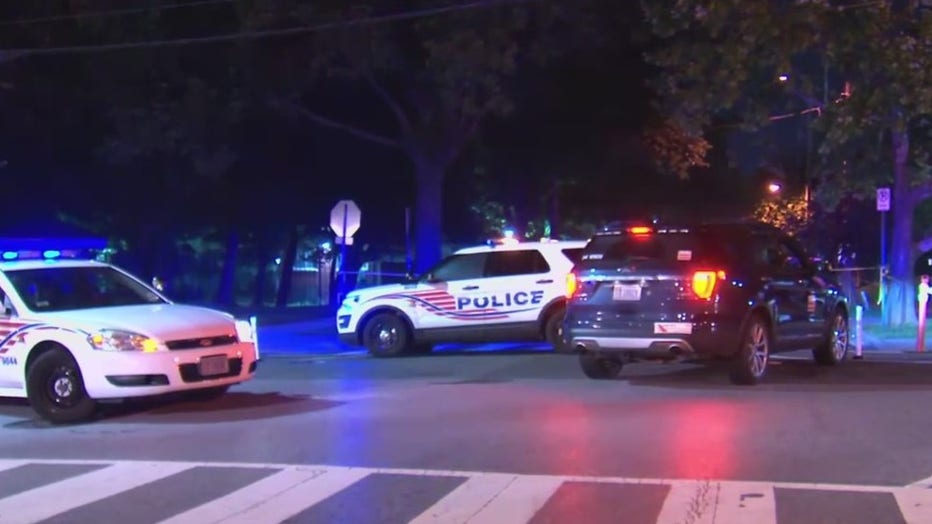 "We aren't taking a victory lap," Hunter said. "We know that there is a lot of work to do. And we have to maybe scale this Go Team model to provide a non-law enforcement engagement."

"This model has shown that it does work," he continued. "It is something that the community is appreciative of, seeing the support and seeing that presence between 7 p.m. and 1 a.m. There is a lot of learning, but the goal is to scale this and sustain this during other weekends and holidays and periods where we have a lot of activity in the city."

FOX 5 asked MPD's Executive Assistant Chief of Police about the success of the Go Teams that were out in specific areas over the weekend, and if he has plans to help expand the footprint of the initiative.

"Of course, we are trying to expand that, so we are not hitting one section of the city but all of those affected by violence," Benedict said. "There is always an opportunity to be better."

Hunter tells FOX 5 that the Go Teams are always recruiting and combating violence is an all-hands-on-deck approach whether you're on a Go Team or not.

Right now, MPD is requesting the community's help. They are offering a $25,000 reward to anyone who can lead them to the suspects involved in this morning's deadly shooting of a 16-year-old in Northeast. If you have any information, you're asked to call the police.