The DC community is rallying around a hometown celebrity who lost his son to gun violence. Kavon Glover was found dead in Prince George’s County over the weekend. He’s the son of Anwan "Big G" Glover, a go-go band leader who starred in HBO’s "The Wire."

PRINCE GEORGE'S COUNTY, Md. (FOX 5 DC) - The D.C. community is rallying around a hometown celebrity who lost his son to gun violence over the weekend. Kavon Glover was found dead in Prince George’s County on Saturday. He’s the son of Anwan "Big G" Glover, a go-go band leader who starred in HBO’s "The Wire." 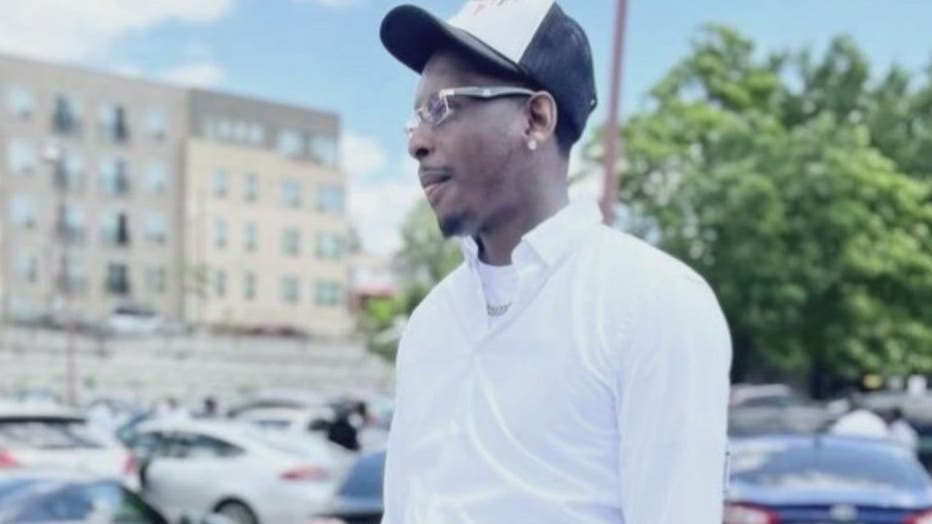 Investigators say Kavon's body was found in the roadway in an unincorporated part of the county with an Upper Marlboro address. Police say they were called to the 12800 block of William Beanes Road around 2:30 a.m. on Saturday for a shooting.

The 29-year-old was dead on the scene. His father posted on Instagram: "Tomorrow isn’t promised. Love your people today."

Ron Moten, a D.C. activist, has known Big G for over three decades, and he knows how much his family means to him.

"I know this hit hard. This guy's really a family man and his kids his children are special to him," says Moten.

Police said Tuesday they had no update on the case. Glover’s killing is one of five unsolved homicides in Prince George’s County from over the weekend.

"We do have evidence in each of these incidents whether that be evidence we recovered from the scene or interviews from witnesses," said Prince George’s Co. Deputy Police Chief James McCreary.

As a father and someone who’s lost family to gun violence, Moten says it tough to see a friend suffer such a loss.

"He’s devastated, but the support he’s getting from the community is definitely helping and he just asks people to keep him in prayer," Moten said.

Big G has been featured on FOX 5 many times, performing with his BackYard Band but also talking about efforts to create safer communities.

"It’s like he’s always giving, and lately to see so much taken away from him-he lost his sister to Covid. He recently lost his mother and then to lose your child, your son, who he loves so much," Moten said. "It’s overwhelming."