The warmer weather is bringing violations of social distance guidelines in the nation's capital, even as health officials predict the city could become one of the next U.S. hot spots in the COVID-19 pandemic.

WASHINGTON - Pick-up basketball games. Crowds gathering at an outdoor fish market. Family hikes along trails in Rock Creek Park. The warmer weather is bringing violations of social distance guidelines in the nation's capital, even as health officials predict the city could become one of the next U.S. hot spots in the COVID-19 pandemic.

More than 1,200 people have tested positive, with 22 deaths, in Washington. But national and local health officials predict that the worst is yet to come.

Last week, Mayor Muriel Bowser announced that models predict the virus would peak in the District of Columbia in May or June and would result in nearly 1 in 7 Washington residents infected by the end of the year and a high-end death toll over 1,000. 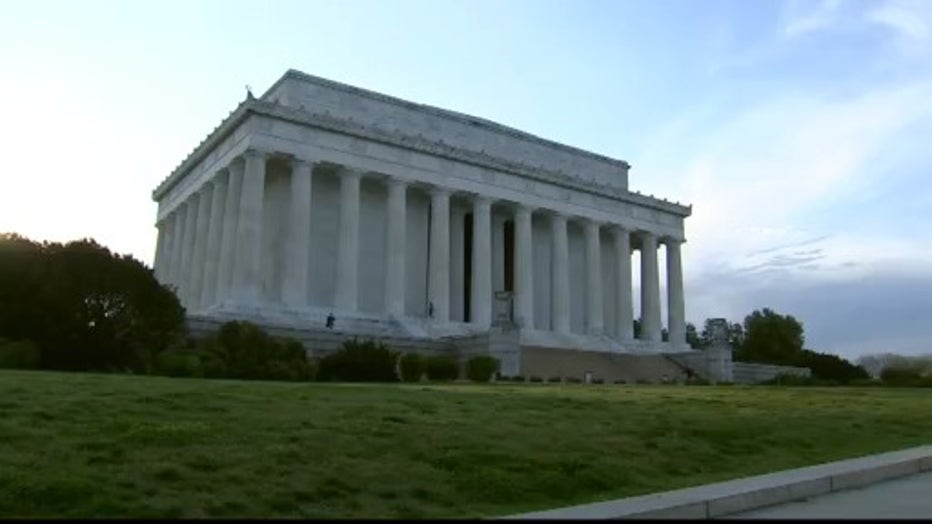 "We are concerned that the next wave . that D.C. could be in the second wave," Bowser said. "We want the message to get in everybody's head -- that we see a level of infection in our city that if we aren't strict in our social distancing, the community spread will continue and we will have more people succumb to illness and perhaps death." 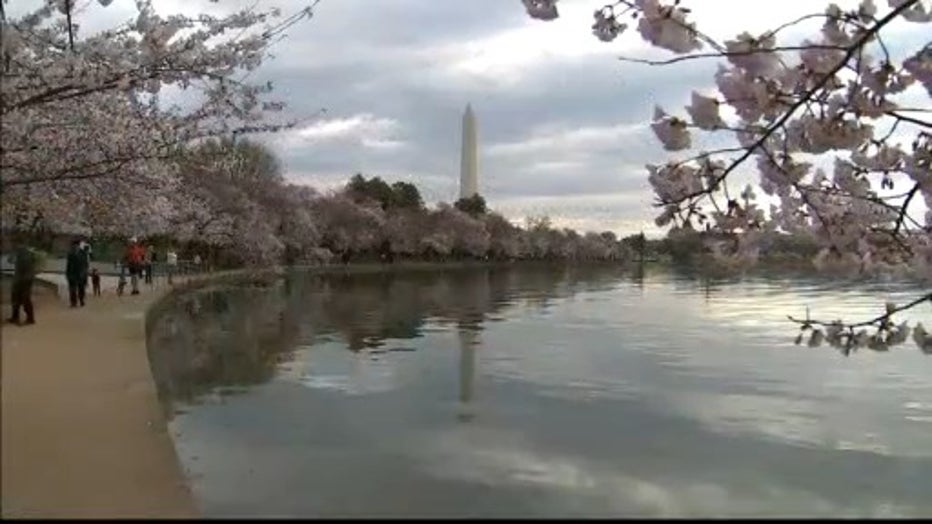 Dr. Deborah Birx, coordinator of the White House coronavirus task force, has repeatedly mentioned the District of Columbia as a potential looming hot spot, along with Chicago, Detroit, Colorado and Pennsylvania. Birx said national health officials have "developing concerns" about the capital, noting that Washington appears to be in the early stages of a now-familiar pattern: a steady daily rise in reported infections that precedes a massive spike that overloads local health systems. 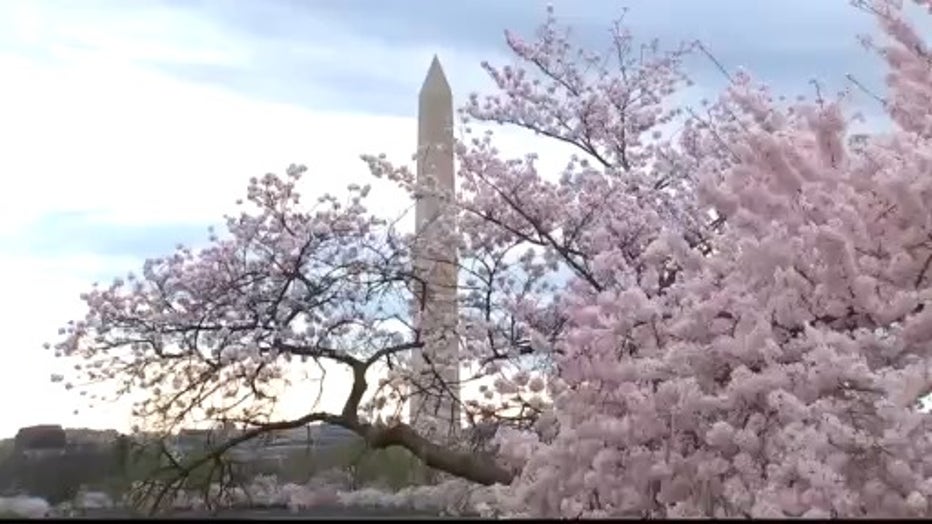 "They are starting to go on that upside of the curve," Birx said Saturday of Washington and the other areas of concern. "We're hoping and believing that if people mitigate strongly, the work that they did over the last two weeks will blunt that curve and they won't have the same upward slope and peak that New York, New Jersey, Connecticut and part of Rhode Island are having."

Washington's attempts to slow the spread through social distancing have been complicated by non-compliant residents. Last month, authorities were forced to essentially seal off the Tidal Basin around the Jefferson Memorial to keep crowds from gathering to view Washington's signature blooming cherry blossom trees. 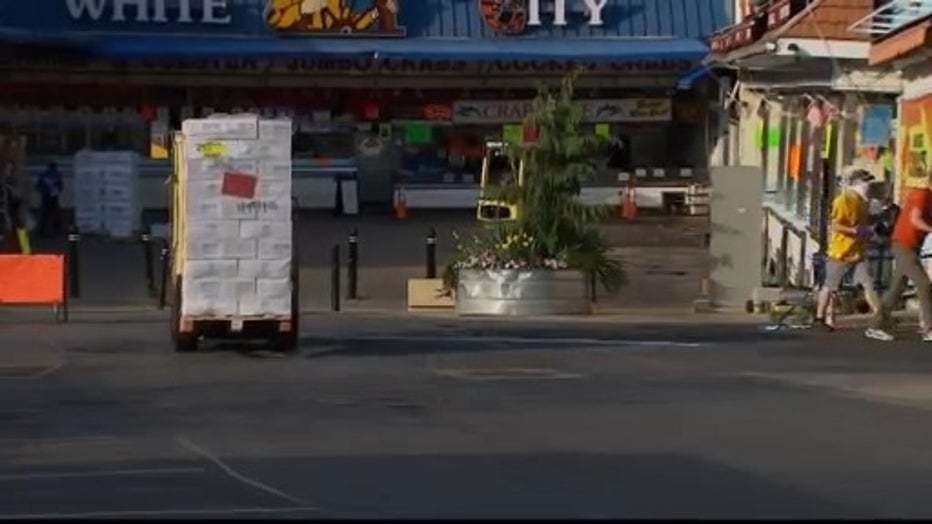 "We had to close that market because the social distancing requirements were not being met," Bowser said Monday. "We cannot express enough that staying at home is every individual's responsibility to save lives."

Rock Creek Park, the massive 1,754-acre green space at the heart of the capital, also drew healthy crowds of cyclers and hikers last weekend. For the most part, people seemed to be staying apart and sticking to their family clusters, with police officers on horseback patrolling the trails. But the physical reality of the hiking trails and bike paths made it impossible for everybody to stay six feet apart at all times. 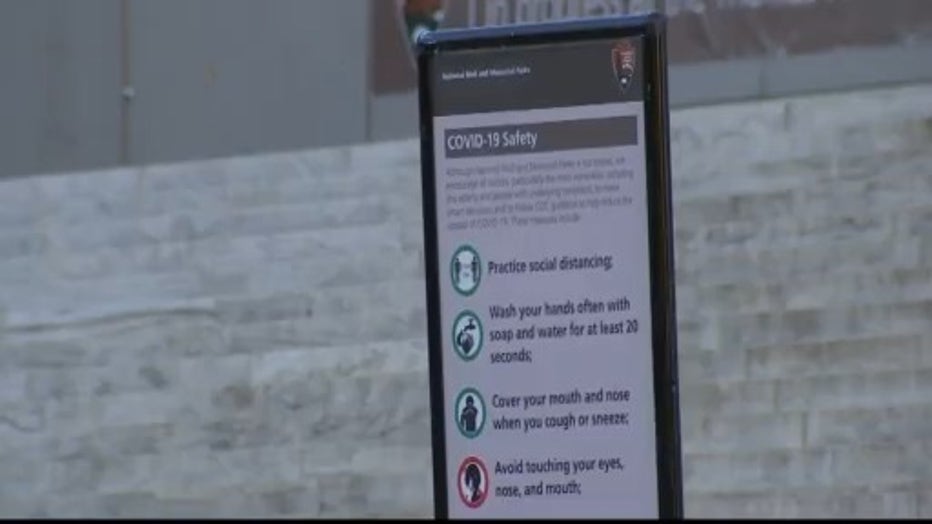 "This is after we closed parks, this is after we put police tape around playground equipment. This is after we've taken down basketball hoops and tennis nets. We still have people gathering in places they know they shouldn't. We need the public's assistance here," Bowser said.

Violators of the city's stay-home order could face a 90-day jail sentence or a $5,000 fine. No one has been arrested or fined yet and Bowser said she would rather not see police officers in that role. 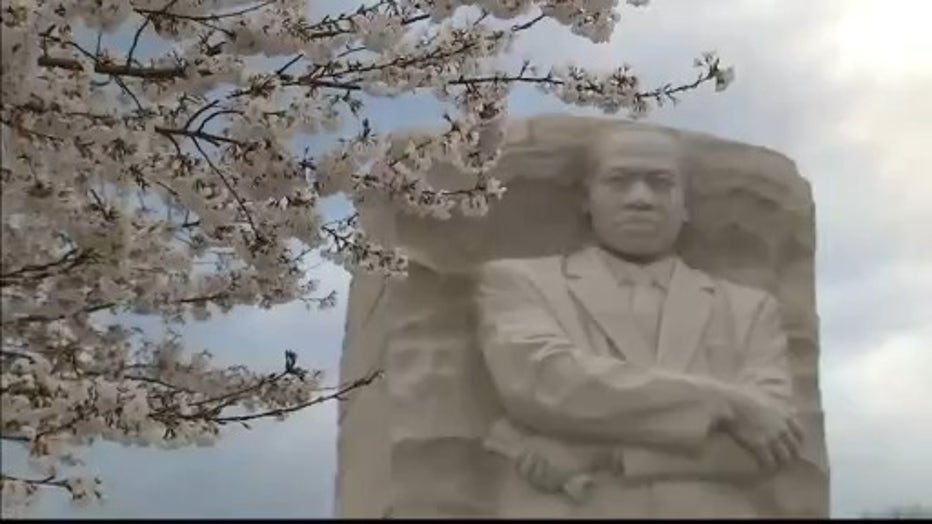 "If we expect the police department to be able to make every single person do what they know they're supposed to do, we're going to be disappointed," she said.

"I'm telling people, `It's a new day! Ya'll can't stand up here. Right now, this is me, the councilmember, saying it. But in a minute, it's going to be police up here saying it. And I don't want that type of tension,"' White said. "We need officers to be addressing other issues."

White said his current message to constituents is simple and stern.