A D.C. mother and her family are calling for transparency after a recently released 9-1-1 audio recording confirmed that the dispatcher made a mistake and sent help to the wrong address.

WASHINGTON (FOX 5 DC) - A D.C. mother and her family are calling for transparency after a recently released 9-1-1 audio recording confirmed that the dispatcher made a mistake and sent help to the wrong address.

That emergency, which took place about five months ago, ended in the death of 59-year-old Sheila “Shelle” Shepperd, the woman’s mother tells FOX 5 DC.

An industry publication called “Communication Daily” filed a Freedom of Information Act request to obtain the recording and shared the heartbreaking call publicly, just a few days ago.

In the recording,  you hear a 13-year-old call 9-1-1 for help after her mother collapses. She is emotional, and rightfully so, but still correctly gives the family’s former Oglethorpe St. Northeast D.C. address twice. The family says this happened back on June 5th.

“She did everything right. But you can believe that emotionally, this will be with her forever,” said Billie Shepperd, the mother of 59-year-old Sheila Shepperd.

Her voice is shaking. She is distraught. You can hear Sheila Shepperd’s young daughter ask how long until help gets there. Still waiting, she follows the dispatcher’s instructions to perform CPR on her mother.

Nearly 21 minutes into the 911 call is when your hear fire department members announce their arrival.

Billie Shepperd tells FOX 5 that “Shelle” Shepperd  was an attorney and a long-time employee with the Department of Agriculture. Shepperd's family heard rumblings that a mistake had been made.

The D.C. grandmother says her own granddaughter believed it took around half an hour for first responders to arrive. Still, Billie Shepperd says the family was never officially notified of what happened by D.C. leaders. 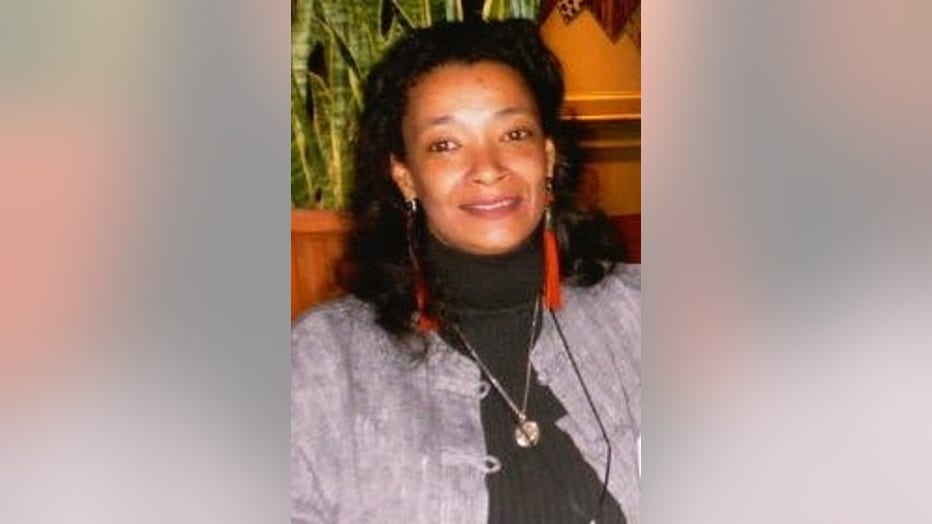 59-year-old Sheila Shepperd of D.C. died after a 911 dispatcher sent help to the wrong address in June. (Provided photo)

“It has to be on the services and their delivery so that people will have confidence. And the services that they deserve and that they’ve paid for. Not a so called ‘entitlement’ that they use today politically. It has been earned,” said the older Shepperd, who then dropped her head and started to cry.

“My poor daughter,” she said, “I just can’t even believe it. I still see her running up the steps.”

“Someone needs to acknowledge what has happened here,” said Dave Statter in a Zoom interview with FOX 5 Saturday afternoon. “This has been five months. And no one had the guts to come out and say, ‘it wasn’t the 13-year-old girl that made the mistake, but it was DC 911.’ Where’s the leadership to apologize to this family, acknowledge the mistake?”

Statter is a public safety advocate who first noted the issue back in June. On his website and on Twitter, Statter tracks wrong address issues involving the Office of Unified Communications, the agency that run’s DC’s 911 call center.

Statter also points out that back in June, the head of OUC was questioned about incident during a virtual DC Council oversite committee hearing four days after Shepperd’s death …  but little details were shared.

FOX 5 reached out to the Mayor’s Office, OUC and Councilmember Charles Allen’s office.

Allen, as the Chair of the D.C. Council’s Judiciary and Public Safety Committed, is the one who  questioned OUC Director Karima Holmes in that June 2020 virtual hearing.

“This was a horrible and tragic error. It happened earlier this year in June, and at the time, I conducted oversight into the incident. The Office of Unified Communications disciplined the call taker and retrained the entire team. The incident is part of the DC Auditor’s broader ongoing review of the agency’s performance.”

Billie Shepperd says the city failed her daughter. She believes there needs to be more transparency. Even after the 911 recording was released, Billie Shepperd said as of Saturday night, she still hadn’t received any calls or heard from D.C. leaders regarding what happened the day her daughter died.

The D.C. grandmother and mother says the only thing she got from the city was an ambulance bill for around $800.

Statter has raised the issue of OUC sending first responders to incorrect addresses a number of times before and previously told FOX 5’s Evan Lambert back in March:

"The only time anyone have ever paid attention to what is going on at DC 911 is after someone dies. There was some attention given after the Kennedy Street fire. They'll be some attention given again when someone else dies, but really for some reason no one wants to investigate and figure out how to finally fix DC 911," said Statter.

A final report on the audit OUC is currently undergoing is expected to be completed in May of 2021.