A D.C. councilmember is creating a nightlife task force to address the uptick in violence around the U Street Corridor.

WASHINGTON - A D.C. councilmember is creating a nightlife task force to address the uptick in violence around the U Street Corridor.

Councilwoman Brianne Nadeau says community leaders, representatives from the D.C. Police Department, the Attorney General's Office, and the Alcoholic Beverage Regulatory agency will come together to discuss the problems happening in the area.

Besides shootings, there are a lot of other issues people who live on U Street say they're dealing with such as parties, loud noises specifically coming from ATVs, parking enforcement, and people arguing outside of nightlife establishments — which is resulting in fights and chaos.

FOX 5 spoke with many people who want to see more police, however, Councilwoman Nadeau is suggesting safety ambassadors, coordinated security efforts between businesses, and more enforcement around liquor establishments. 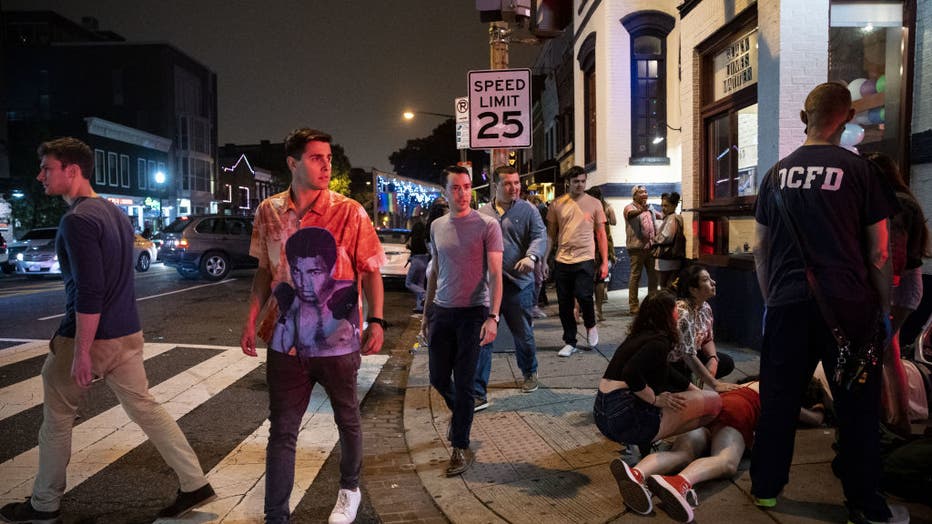 People walk past as a District of Columbia Fire and Emergency Medical Services fire engine responds to a call on the U Street corridor in Washington, D.C., U.S., on Friday, June 11, 2021. Capacity restrictions enacted during the coronavirus pandemic

"There was a time during the pandemic when everything was closed and nobody was there, and it was very quiet and with everything reopening it has come back with so much energy that we need more resources for the corridor," Nadeau said. "There’s more people coming and the level of conflict that didn’t exist in the same way has elevated as well, and we see that all across the city not just in nightlife corridors, so we’re using a number of interventions around the city."

Over the weekend, there was a stabbing and a double shooting in the area.

That's concerning to those who live and work around the U Street Corridor, especially as summer approaches.

Rebecca Credle works on U Street. She said, "The violence on U Street is very terrible."

"We have a lot of kids and tourists coming here from all around the world and it’s just terrible," she added. "You’re scared to bring your kids out because of gunshots. You can’t enjoy your meal or anything around here and something has to be done about this."

The task force is going to have meetings in June that will be open to the public. They're making preliminary recommendations and will report back to the council to figure out how they can be implemented.