The move comes hours before a circuit court judge is set to hear arguments from state election officials to count mail-in votes sooner.

By law, Maryland mail-in votes cannot be counted until two days after the election, but after seeing a flood of mail-in votes in the July primary delay results in some races — there’s a late effort to change that law.

The state board of elections filed an emergency petition. 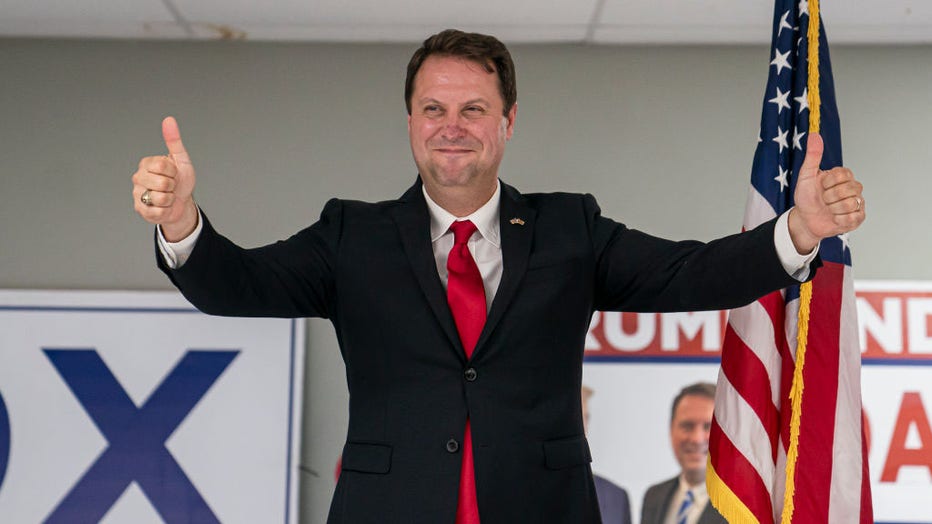 Dan Cox, a candidate for the Republican gubernatorial nomination, reacts to his primary win on July 19, 2022, in Emmitsburg, Maryland. (Photo by Nathan Howard/Getty Images)

On Tuesday, a Montgomery County circuit court judge will be asked to set a new deadline that would allow local boards of elections to count mail-ins on October 1st.

At a news conference in Baltimore, Cox told FOX 5 that changing the rules just 49 days before the election is wrong.

"That’s inappropriate, and it creates distrust," he said. "This is not something that was unknown, they’ve known about the ballot-counting process and if it was truly a concern they could have brought it to the attention of the legislature sooner."

Maryland Board of Elections declined FOX 5's request for an interview, saying it will not comment on pending litigation.

The Montgomery County Executive race is extremely tight with challenger David Blair holding on to a 145 vote lead over incumbent Marc Elrich. FOX 5 reported Wednesday that the delay in announcing a winner is because there is a lack of volunteers to form bipartisan teams of canvassers. We spoke to Maryland Governor Larry Hogan about the problem, and he says it has to do with legislation.

In a statement, the board wrote, "It could leave local, statewide, and even federal contests without certified results until late December 2022 or early January 2023."

FOX 5 was told Democratic candidate Wes Moore was unavailable, but a spokesman described Dan Cox’s legal motion as "attempting to directly affect Maryland's elections by slowing down the electoral process.

Cox also raised new questions during his news conference about what he calls inaccuracies in Wes Moore's biography about growing up in Baltimore.