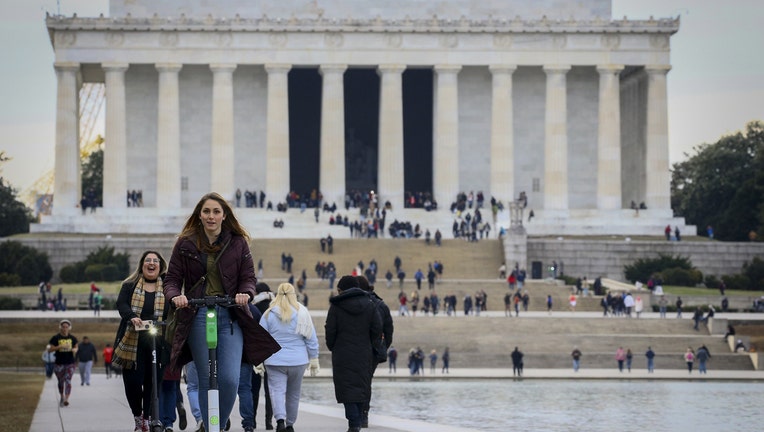 People outside the Lincoln Memorial in November 2019.

WASHINGTON - D.C. residents often call the District the most powerful city in America, and apparently it's one of the rudest too.

A new survey published Friday by Business Insider ranked D.C. the third-rudest city in the nation, trailing only New York and Los Angeles.

That's according to two online polls conducted this fall, in which respondents were asked to name their top-five rudest American cities.

Nearly 19 percent of respondents named D.C. the rudest city in the poll.

"In America's capital, politics can often lead to rude outbursts on the floors of Congress, and sometimes spills over into social life, too," says the story, which also referenced high-profile instances when Trump Administration officials were heckled out of local restaurants.

The District's reputation as a high-strung, ego-driven snake pit has preceded it before. Travel & Leisure named D.C. the third-rudest city in a similar 2012 poll.