The hourly wage for D.C. public school substitute teachers is going up, but for some, it's still not enough.

WASHINGTON - Mayor Muriel Bowser announced on Monday that she is increasing the pay rate for substitute teachers in the District again.

FOX 5's Sierra Fox spoke to some D.C. substitute teachers who protested outside the Wilson Building in Northwest today.

"It’s not enough considering – there’s no benefits. No subway money. If you look at this march here today – a lot of these substitutes were not affordable to go to work and come down here," said Timothy Thomas, a D.C. substitute teacher.

"I appreciate the movement expressed by the mayor today in her announcement, but it is not enough. We need to compensate teachers and our substitute teachers for what they’re worth and make sure we’re staying competitive with jurisdictions in the area," added Zachary Parker, a member of the D.C. State Board of Education. 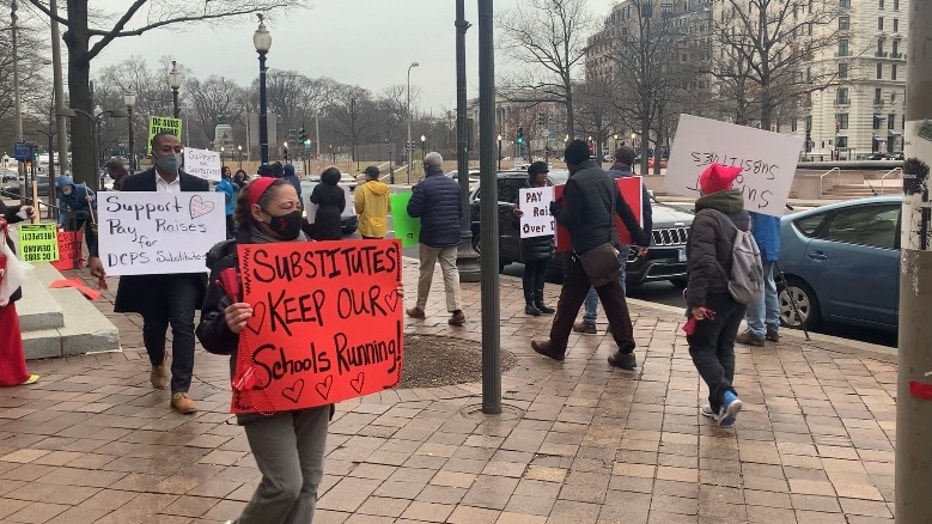 D.C. Public Schools said they hope this pay increase for substitute teachers helps in terms of recruiting new subs to their candidate pool.

Over in Virginia – the Fairfax County School Board voted to increase the pay of substitutes in October, so now short-term subs make about $150 a day and long-term subs make close to $200.

Stafford County Public Schools is considering premium pay for all substitute teachers on high volume days which would add up to $200 a day.

In Maryland – Montgomery County announced a similar pay increase for subs in January where they make $150 a day and long-term subs make more than $200. 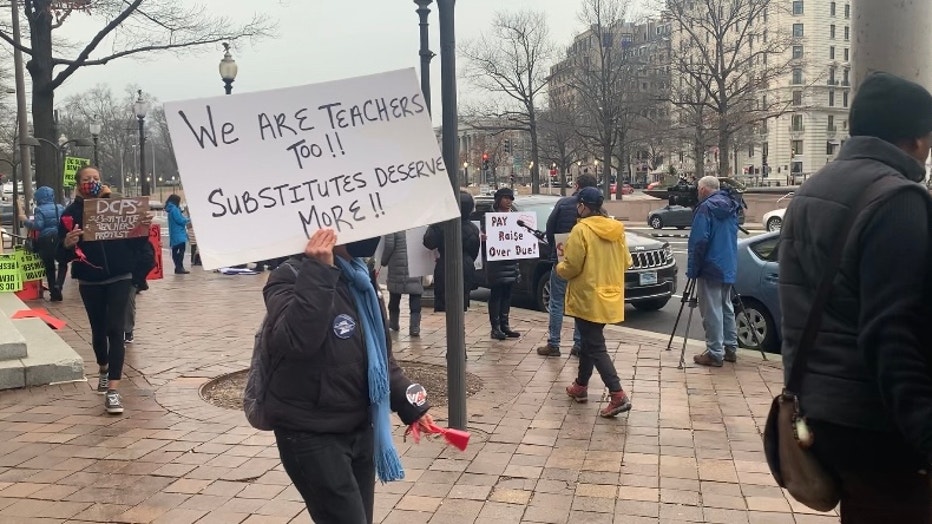 Before the pandemic, the District had about 800 substitute teachers, and now they’re down to 520.

Jacqueline Pogue Lyons, Washington Substitute Teachers Union President, said there are shortages across the board which ultimately impact all students and classes.

"If we don’t have enough subs – that means we have to keep the general teachers in the general classroom setting. But when you don’t have enough substitute teachers – you have to pull special education teachers, English language learners teachers, related service providers, and when you pull them to go into classrooms, that means we’re not providing services for our sped kids, ELL kids, or those other wonderful courses that children should have every day like music and P.E.," said Lyons.