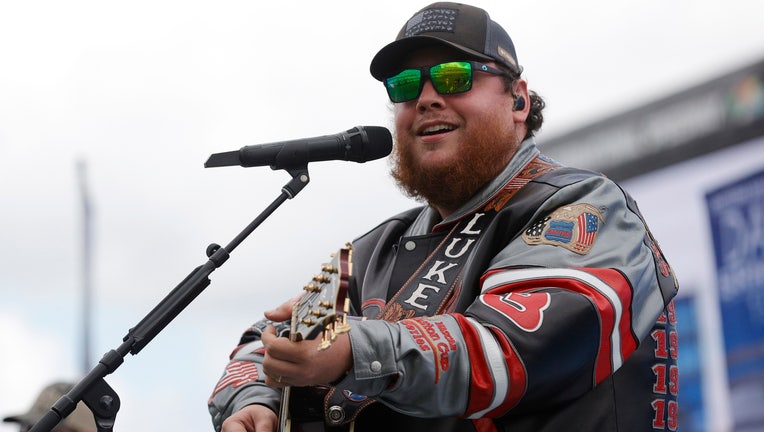 NASHVILLE, Tenn. - Country star Luke Combs has apologized for appearing with Confederate flags, saying he is now aware of how painful that flag is.

Combs addressed the images during a conversation with singer Maren Morris on Wednesday during a panel for radio broadcasters about accountability in country music. It came weeks after another top country star Morgan Wallen was removed from radio stations and suspended by his label after being caught on video using a racial slur.

Panel moderator and NPR music critic Ann Powers asked Combs about those images during a Q&A for the Country Radio Seminar, an annual country radio broadcasters conference, that was held online this year.

"There's no excuse for those images," said Combs, a 30-year-old North Carolina singer-songwriter who has had two multiplatinum albums and several hit country songs.

Combs said the images were from seven or eight years ago and as a younger man, he did not understand what that flag meant.

"And as I have grown in my time as an artist and as the world has changed drastically in the last five to seven years, I am now aware of how painful that image can be to someone else," Combs said. "I would never want to be associated with something that brings so much hurt to someone else."

He said he was addressing the old images now because he wanted to show as a highly visible country artist that people can change and learn from their mistakes. He also wanted to encourage more people in the country music industry to have those hard conversations.

The genre has been having a racial reckoning even before Wallen's actions, but top artists have often been reluctant talk about race, both in the genre's present and its past.

Morris also spoke about the Confederate flag, saying that as a native Texan, she also didn't fully understand the history and context of the flag outside of just "Southern pride" until she was a teenager.

She said that seeing that flag being flown at country music festivals makes her not want to play those festivals and urged country artists to demand those flags be removed.

She also is one of the few country artists to publicly criticize Wallen's actions on social media and said that she's had some backlash, but it was minimal compared to what Black people face regularly.

"I appreciate Morgan saying ‘quit defending me’ to his fans, because it's indefensible. He knows that. We know that," Morris said. "All we can do, so there isn't an elephant in the room, is say that out loud, hold our peers accountable. I don't care if it is awkward sitting down the row from you at the next awards show."