BEIJING - China on Friday reported another sharp rise in the number of people infected with a new virus, as the death toll neared 1,400.

The National Health Commission said 121 more people had died and there were 5,090 new confirmed cases. 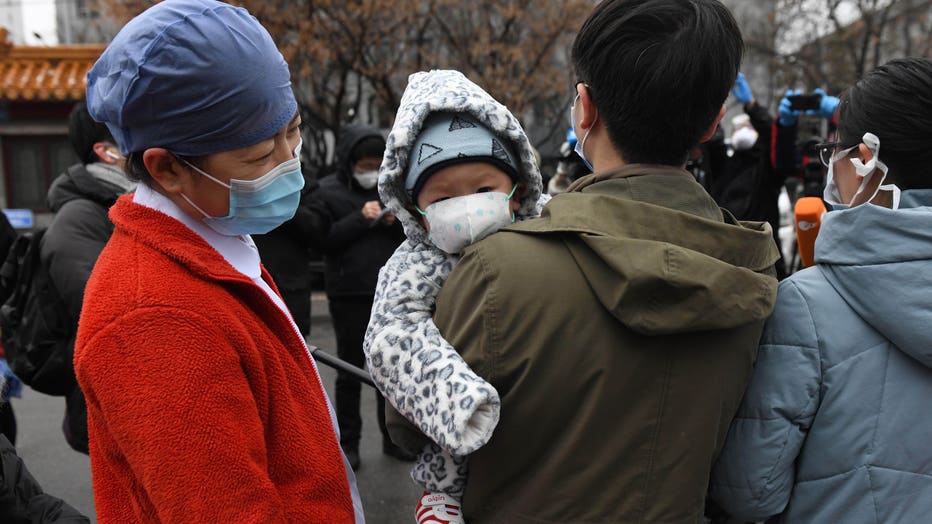 A nurse (L) looks at a 1-year-old boy as his father and mother (R) speak to the media during a ceremony marking their release after recovering from the COVID-19 coronavirus at the Youan Hospital in Beijing on Feb. 14, 2020. (Photo by GREG BAKER/AFP v

The number of reported cases has been rising more quickly after the hardest-hit province changed its method of counting them Thursday. There are now 63,851 confirmed cases in mainland China, of which 1,380 have died.

Hubei province is now including cases based on a physician’s diagnosis and before they have been confirmed by lab tests. Of the 5,090 new cases, 3,095 fell into that category.

The acceleration in the number of cases does not necessarily represent a sudden surge in new infections of the virus that causes COVID-19 as much as a revised methodology.

“I suspect but can’t be certain that the underlying trend is still downwards,” said Paul Hunter, a professor of health protection at the University of East Anglia in England. “It almost certainly does not mean that there has been a resurgence of the epidemic overnight.”

China’s Health Commission has said that the change was aimed at identifying suspected cases in which the patient has pneumonia so they can be treated more quickly and reduce the likelihood of more serious illness or death.

Experts also saw it as a reflection of a chaotic crush of people seeking treatment and the struggle to keep up with a backlog of untested samples in Hubei province and its capital city, Wuhan, where the disease first surfaced in December.

“Clearly in Wuhan, the health system is under extreme pressure and so the first priority has to be the patient,” said Mark Woolhouse, a professor of infectious disease epidemiology at the University of Edinburgh.

Elsewhere, Japan confirmed another case, a Japanese man in his 70s, a day after it reported its first death from the virus. Japan now has 252 confirmed cases, including 218 from a cruise ship that has been quarantined in Yokohama.

More than 560 cases have been confirmed outside mainland China and three deaths, one each in the Philippines and Hong Kong and now a Japanese woman in her 80s. Health officials are investigating how she got infected.

In an unprecedented attempt to contain the disease, the Chinese government has placed the hardest-hit cities — home to more than 60 million — under lockdown. People are restricted from entering or leaving the cities, and in many places can only leave their homes or residential complexes for shopping and other daily needs.

RELATED: Officials investigate how coronavirus may have spread through sewage pipes in Hong Kong