The Spotsylvania County School Board has approved controversial superintendent candidate Mark Taylor in a 4-to-3 vote. FOX 5's Sierra Fox sat down for a one-on-one exclusive interview with Taylor.

SPOTSYLVANIA COUNTY, Va. - The Spotsylvania County School Board has approved controversial superintendent candidate Mark Taylor in a 4-to-3 vote.

The decision arrives after several weeks of turmoil between parents and a deeply divided school board.

A letter his daughter wrote stating Taylor is underqualified and will be detrimental to the well-being of future students was read out loud in the meeting room before the final decision was made.

Taylor is a former Spotsylvania County administrator and attorney. Some say his business judgment will take him far, while others are concerned he lacks educational experience. 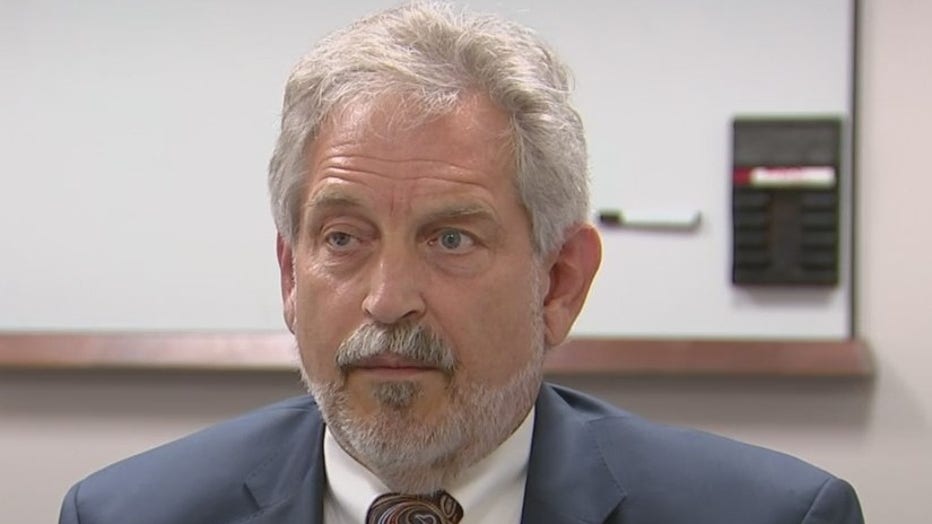 "I’m interested in this role because I have seen in the last few years, with some concern, issues in public education particularly in the Commonwealth of Virginia," Taylor said.

He is being offered a three-year contract with a yearly salary of $245,000.

Taylor said he's given his current employer 30 days notice and is excited to be Spotsylvania County's new superintendent starting Nov. 1.

Spotsylvania School Board Superintendent Mark Taylor sits down for an explosive one-on-one interview with FOX 5's Sierra Fox. In his first interview since accepting the new position as head of schools, Taylor says he is aware of the controversy surrounding his appointment, but he says he's ready to move past that and get to work.

He is aware of the controversy surrounding his appointment, but he says he's ready to move past that and get to work.

"How about we try an unconventional approach just for a bit and see what it can do," Taylor said. "Give me a chance inclusive people. Give me an opportunity to try. Give me a place at the table and an opportunity to be heard. Understand that I want to hear all of you."

Taylor also told FOX 5's Sierra Fox that he's not transphobic, or homophobic despite allegations. In regard to his close relationship with School Board Chair Kirk Twigg, he doesn't think it poses a conflict of interest.

The new superintendent said his top priority is school safety.