Did you get tested for the coronavirus in the District? Are you still waiting for the results? You may not be alone.

WASHINGTON (FOX 5 DC) - Did you get tested for the coronavirus in the District? Are you still waiting for the results? You may not be alone.

The mayor's office says the large number of tests recently conducted in the city has resulted in a delay longer than three to five business days.

As for the antibody testing the District recently launched? It's now on hold.

FOX 5's Paul Wagner is hearing stories of long waits for results after D.C. Mayor Muriel Bowser told people who had been protesting in the city that they should get tested for COVID-19 — and here may be why. Take a look at these numbers:

RELATED: Where and when you’re supposed to wear a mask in the DMV by county

On Wednesday, a spokesman in the mayor's office confirmed the three to five business day return on results had stretched out to at least seven.

Lukas Pietrzak told FOX 5 on Zoom he was tested at a fire station in D.C. on June 12 and is still waiting to get his results. He says he was able to get someone on the phone this morning at the triage line and here is what he was told:

"I told her that I had been waiting since the 12th to get my results and she thought it was interesting but told me she had spoken to someone just yesterday who had been tested on the 10th and still didn't have the results and what she had been told there was a backlog of tests and to call back on Friday or Monday of next week to see if there were any updates," said Pietrzak. 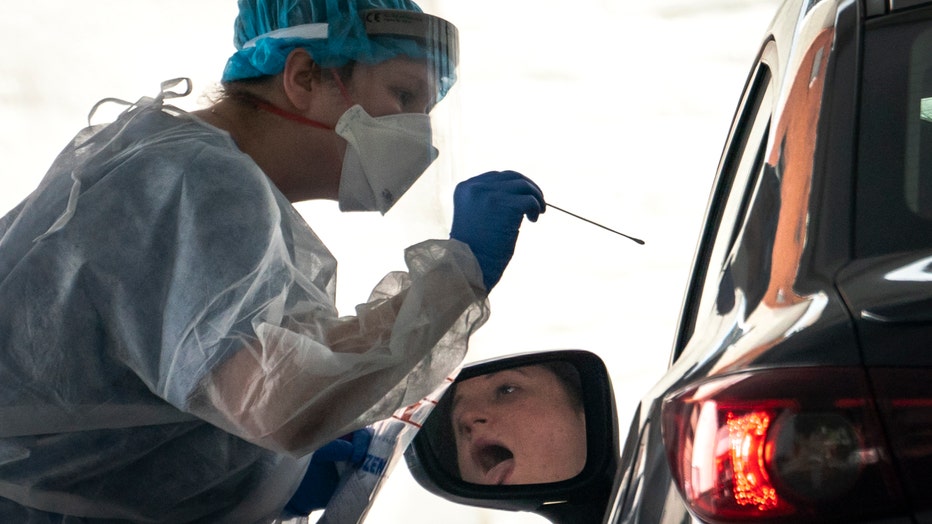 Pietrzak, like thousands of others, had been out in large crowds during the protests surrounding the death of George Floyd. He says he was out taking photos and was concerned he may have been exposed.

Pietrzak told FOX 5 he feels fine but wants to know for sure he has not been exposed to the virus before visitors come in this weekend from out of town.

The District currently has 13 testing sites in the city on top of numerous private sites. So far, 84,173 people have been tested for the virus in the city with 10,128 testing positive.

FOX also learned today there are no new appointments for antibody testing at the Navy Yard.

Callers to a special hotline are told to call back after the Fourth of July. We have asked the mayor's office about this and the impact it may have on the metrics it’s using to determine how to continue the phased reopening plan. So far, we have not received a response.

FOX 5's Paul Wagner also spoke with a woman named Najmah Ahmed who said she had been tested at Judiciary Square the day several hundred tests had been compromised by heat. That was on June 12, but to date she has no idea what is going on with her result.

She was told if her test had been compromised she would get an email. She has so far not received one and at the moment is assuming her result is still pending.