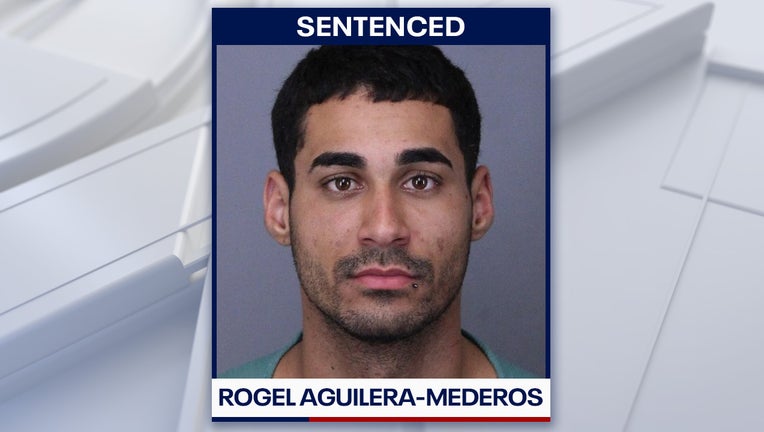 GOLDEN, Colo. - A truck driver who was convicted of causing a fiery pileup that killed four people and injured six others on a Colorado highway was sentenced Monday to 110 years in prison.

Rogel Aguilera-Mederos, 26, was convicted in October of vehicular homicide and other charges stemming from the April 25, 2019, crash on Interstate 70, just west of Denver.

Aguilera-Mederos, who was hauling lumber, was traveling at least 85 mph on a part of the interstate where commercial vehicles are limited to 45 mph because of a steep descent from the Rocky Mountain foothills, according to investigators.

RELATED: Father of 3 beaten to death while putting up Christmas lights outside Chicago-area home 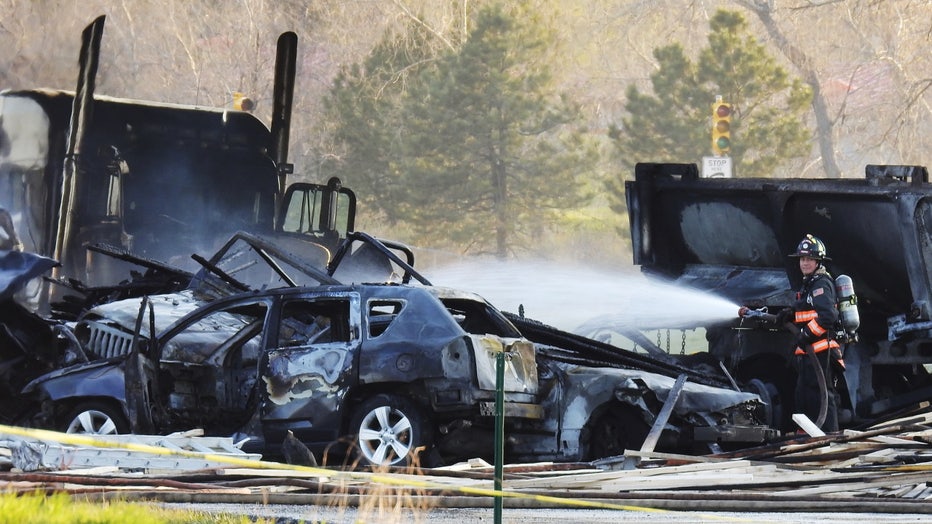 Four people died in a fiery crash on I-70 in Lakewood, Colorado on April 25, 2019. (Photo by Hyoung Chang/The Denver Post via Getty Images)

The initial impact caused a 28-vehicle chain-reaction wreck, which ruptured gas tanks, causing a giant fireball to erupt with flames that consumed several vehicles and melted parts of the highway.

He testified that the brakes on his semitrailer failed before he plowed into vehicles that had slowed because of another wreck in the Denver suburb of Lakewood.

But prosecutors argued he could have used one of several runaway ramps as his truck barreled down from the mountains. Police said that just before the crash, the truck traveled past a ramp on the side of the interstate that is designed to safely stop trucks and other vehicles that have lost their brakes.

RELATED: Remains found after death row inmate admitted to another murder just before his execution

Aguilera-Mederos wept as he spoke during the sentencing, apologizing to the families of the victims and asking for their forgiveness.

"I am not a criminal," he said. "I am not a murderer. I am not a killer. When I look at my charges, we are talking about a murderer, which is not me. I have never thought about hurting anybody in my entire life."

District Court Judge Bruce Jones imposed the sentence after finding it was the mandatory minimum term set forth under state law, The Denver Post reported.

"I will state that if I had the discretion, it would not be my sentence," the judge said.