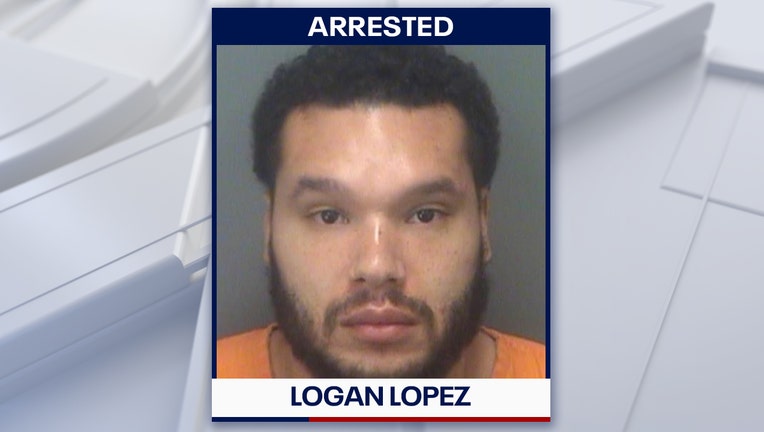 CLEARWATER, Fla. - Police say a Clearwater man spent the past year planning his mother’s death before luring her to his apartment Saturday evening with the sole purpose of taking her life.

According to the Clearwater Police Department, officers were called to the Palms at Countryside Apartments around 5 p.m. after residents heard a woman screaming for help in a nearby apartment. The neighbors also reported hearing banging before the yelling stopped.

Inside that residence, police found the deceased body of 53-year-old Mary Beth Lopez.

Her son, 24-year-old Logan Lopez, told arriving officers and homicide detectives that he killed her. Mary Beth Lopez had been beaten with a hammer and stabbed multiple times, according to CPD.

Investigators say Logan Lopez told them he had coaxed his mother to the apartment on Saturday to ‘put an end to her’. Police say Logan Lopez had been plotting the woman's death for a year and told detectives that his mother had ‘enslaved’ him.

Though the Clearwater Police Department says Logan Lopez does not have a criminal history with the agency, he has been Baker Acted in the past.

Logan Lopez has been charged with first-degree murder.