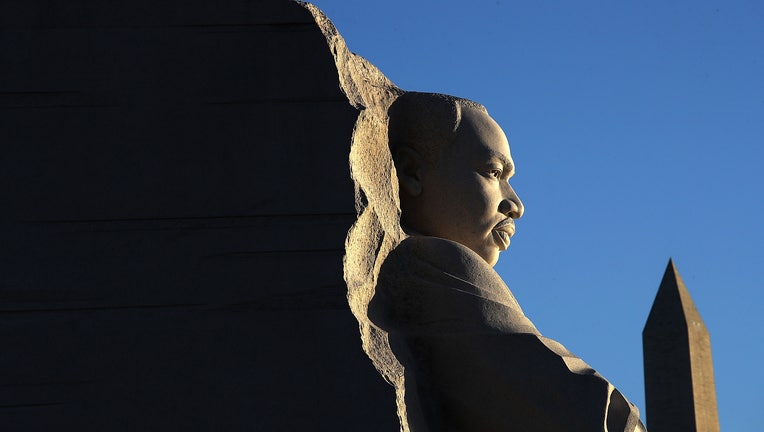 The Civil Rights Movement marked a pivotal turning point in Black history. First gaining traction in the 1950s with Rosa Parks and the Montgomery Bus Boycott, civil rights advocates demonstrated, protested and remained steadfast in the fight for equality between communities.

But before former President Barack Obama and current Vice President Kamala Harris, many Black leaders blazed the trail in American politics that would eventually lead to the White House.

Here are a few of the Black icons who changed the course of American history through the Civil Rights Movement and in the political arena.

Shirley Chisholm was born on Nov. 30, 1924. She became the first Black congresswoman in the U.S. House of Representatives. Chisholm co-founded the Congressional Black Caucus in 1969 and championed minority education and employment opportunities.

Medgar Evers was born on July 2, 1925, in Decatur, Mississippi. He was a civil rights activist who was the first state field secretary of the NAACP in Mississippi. He organized voter-registration efforts and economic boycotts.

After working as an insurance salesman, Evers joined the Regional Council of Negro Leadership (RCNL). He lead the group's boycott against gas stations that refused to let Black people use their restrooms. His brother Charles Evers also worked on behalf of the NAACP, organizing local affiliates.

Evers was assassinated outside of his Mississippi home in 1963.

Kamala Harris was born on Oct. 20, 1964. She became the country’s first Black, Asian American and female vice president in 2021.

Before coming to the White House, Harris rose the ranks of the judiciary system, becoming California’s attorney general in 2010. After the November 2016 elections, she became just the second African American woman and the first South Asian American to win a seat in the U.S. Senate.

In the Senate, Harris joined the Homeland Security and Governmental Affairs Committee, Select Committee on Intelligence, Committee on the Judiciary and Committee on the Budget. She spearheaded legislation to increase access to outdoor recreation sites in urban areas and provide financial relief in the face of rising housing costs.

She filed for candidacy for the 2020 U.S. presidential election on Martin Luther King Jr. Day 2019 but dropped out of the race before the end of the year before Joe Biden tapped her in as his running mate.

Dorothy Height was born on March 24, 1912, in Richmond, Virginia. She was a civil rights leader who addressed the rights of both women and African Americans when she served as the president of the National Council of Negro Women. She also helped organize the March on Washington in 1963.

One of her major accomplishments came after she joined the YWCA. She then directed the integration of all of its centers in 1946. She also established its Center for Racial Justice in 1965, which she ran until 1977.

In 1994, President Bill Clinton awarded her the Presidential Medal of Freedom. In 2004, President George W. Bush gave her the Congressional Gold Medal.

Fox Soul looks at the political histories and impacts of Shirley Chisolm and Kamala Harris.

Dr. Martin Luther King Jr. was born on Jan. 15, 1929. He became a Baptist minister and civil rights activist who had a profound impact on race relations in the United States.

King won the Nobel Peace Prize in 1964, among several other honors. He led the March on Washington on Aug. 28, 1963, which drew more than 200,000 people. It was there that he delivered his famous "I Have a Dream" speech, emphasizing racial equality.

He was assassinated in 1968 at a Memphis motel.

John Lewis was born on Feb. 21, 1940. As a prominent civil rights leader, he served along with Dr. Martin Luther King, Jr. He participated in the Freedom Rides, a movement to end segregation at bus terminals. He also walked alongside King during the March of Washington, even giving an address at the event. He also led the march from Selma to Montgomery, Alabama.

He was elected to Congress in 1986 to represent Georgia and received the Presidential Medal of Freedom in 2011. In 2016, Lewis led a sit-in of nearly 40 House Democrats on the floor of the House of Representatives in an attempt to bring attention and force Congress to address gun violence.

He died in July 2020 from pancreatic cancer.

Thurgood Marshall was born on July 2, 1908, in Baltimore, Maryland. As a lawyer, he won the Brown v. Board of Education case, ending racial segregation in public schools. He was the first African American to serve on the U.S. Supreme Court and remained there for 24 years until 1991 when he retired due to health reasons.

His Bible was used by Vice President Kamala Harris at her inauguration in Washington on Jan. 20, 2021.

He became a U.S. senator in 2005 and partnered with Republican Sen. Richard Lugar of Indiana on a bill that sought to end weapons of mass destruction in Eastern Europe and Russia. He also spoke out for victims of Hurricane Katrina, pushed for alternative energy use and encouraged improved veterans' benefits.

He won the Nobel Peace Prize for his accomplishments in the White House. In his first 100 days in office, Obama got Congress to expand health care insurance for children and provide legal protection for women seeking equal pay.  A $787 billion stimulus bill was passed to promote short-term economic growth. He also cut taxes for working families, small businesses and first-time home buyers.

Rosa Parks was born on Feb. 4, 1913, in Tuskegee, Alabama. She was a civil rights leader who famously refused to give up her seat to a White passenger on a segregated bus that then led to the Montgomery Bus Boycott.

She received the Martin Luther King Jr. Award by the National Association for the Advancement of Colored People, the Presidential Medal of Freedom and the Congressional Gold Medal.

He fought in the Civil War for the Union Army, organizing two Black regiments. He became a minister, and in 1870, became the first African American U.S. senator, representing Mississippi.

He focused on civil rights, including the integration of schools and equal opportunities for Black workers. He later served as president for Alcorn Agricultural and Mechanical College, which is now Alcorn University, in Mississippi.

Bayard Rustin was born on March 17, 1912, in Pennsylvania. He was involved in pacifist groups and early civil rights protests. He also served as a close advisor to Dr. Martin Luther King, Jr.

Rustin was punished several times for his beliefs. He was jailed for two years when he refused to register for the draft. He was arrested in North Carolina and sentenced to work on a chain gang for several weeks after protesting segregated public transit.

In 1953, he was arrested for publicly engaging in homosexual activity and was sent to jail for 60 days. However, he continued to live as an openly gay man.

Malcolm X was born on May 19, 1925, in Omaha, Nebraska. He was a minister, human rights activist and prominent Black nationalist leader, serving as a spokesman for the Nation of Islam during the 1950s and 1960s.

He was assassinated in 1965 after taking the stage for a speech at the Audubon Ballroom in Manhattan.