The City of Philadelphia is offering a $20,000 reward that leads to the arrest of a group of "teen offenders" caught on camera hitting a 73-year-old man in the head with objects, including a traffic cone. The man died from injuries the next day, police say.

PHILADELPHIA - The City of Philadelphia is offering a $20,000 reward for information on a group of suspects wanted in connection with the beating of an older adult who later died.

Surveillance video released by police shows members of the group hitting Lambert in the head with objects, including a traffic cone.

The video also appears to show one of the group members recording the attack on a cellphone.

Police say Lambert was knocked to the ground and was later transported to the hospital where he died from head injuries the next day.

Investigators with the Philadelphia Police Department are asking for the public's help to identify a group of teens caught on camera attacking a man who later died from blunt force trauma to the head.

This comes amid a rise in crime amongst teenagers in Philadelphia and as the city implements a citywide curfew for kids and teenagers under the age of 18.

In a press conference, police said the victim died from blunt force trauma to the head making the matter of death a homicide.

Authorities say of the seven teenage suspects only two of the teenagers were observed attacking the victim.

None of the teens have been identified, but authorities are asking for the public's help to identify them. 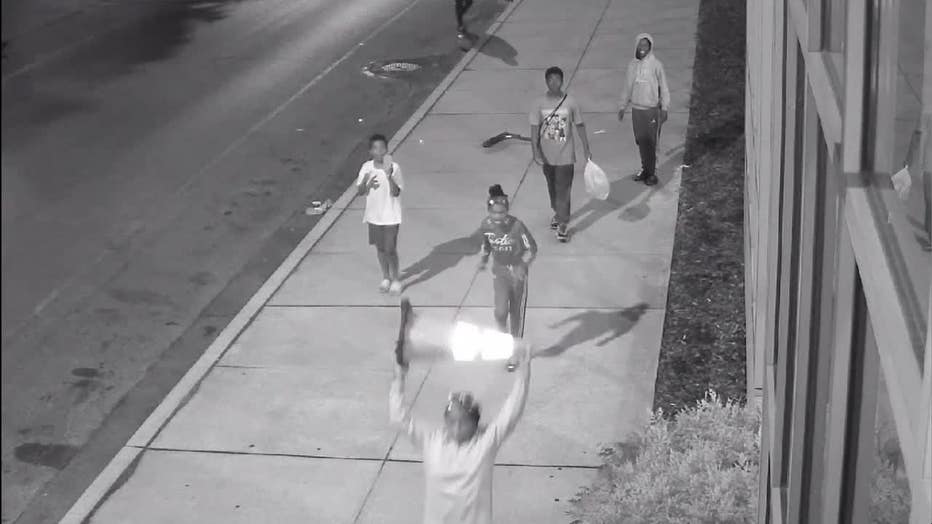 The City of Philadelphia is offering $20,000 for information on a group of "teen offenders" wanted for a deadly attack on a 72-year-old man in North Philadelphia.

Police also say they are working to investigate if the teenage suspects may also be involved in other cases in the area involving groups of teenagers.