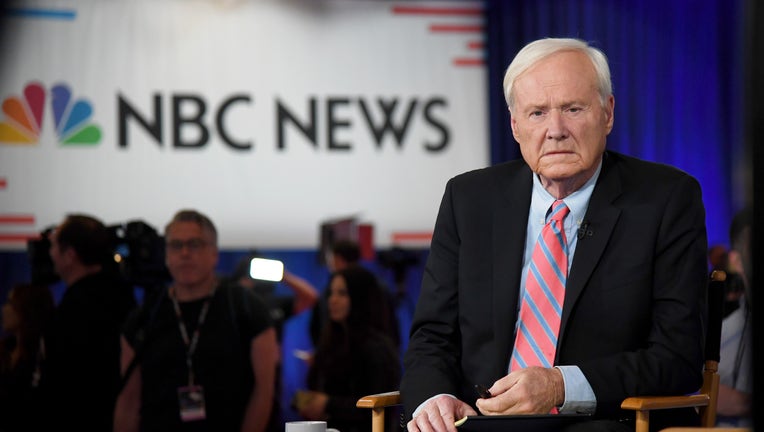 FILE - Chris Matthews of MSNBC waits to go on the air inside the spin room at Bally's Las Vegas Hotel & Casino after the Democratic presidential primary debate on February 19, 2020 in Las Vegas, Nevada. (Photo by Ethan Miller/Getty Images)

Matthews opened his program with the announcement he was ending his run on the political hour that he started in 1997.

He said compliments on a woman's appearance that some men, himself included, thought were OK “were never OK.”

He remained proud of the work he 's done on the show, he said.

In a first-person story for GQ published Feb. 28, freelance journalist Laura Bassett said Matthews behaved inappropriately toward her when she was guest on his show.

“In 2016, right before I had to go on his show and talk about sexual-assault allegations against Donald Trump, Matthews looked over at me in the makeup chair next to him and said, ‘Why haven’t I fallen in love with you yet?’ When I laughed nervously and said nothing, he followed up to the makeup artist. ‘Keep putting makeup on her, I’ll fall in love with her,’” Bassett wrote. “Another time, he stood between me and the mirror and complimented the red dress I was wearing for the segment. ‘You going out tonight?’ he asked.”

Bassett said she written about the encounter in a 2017 essay but didn't name Matthews because she was afraid of network retaliation, adding, “I'm not anymore.”