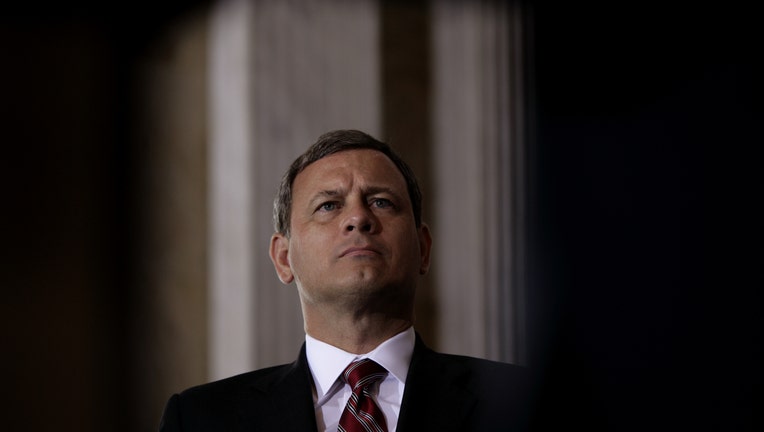 Chief Justice of the U.S. John Roberts was hospitalized last month with a forehead injury after he fell while walking near his Maryland home, a spokeswoman for the Supreme Court confirmed Tuesday night.

Roberts "was treated at a local hospital on June 21 for an injury to his forehead sustained in a fall while walking for exercise near his home," spokeswoman Kathy Arberg told Fox News. "The injury required sutures, and out of an abundance of caution, he stayed in the hospital overnight and was discharged the next morning. His doctors ruled out a seizure. They believe the fall was likely due to light-headedness caused by dehydration."

This is a developing story; check back for updates. Fox News' Shannon Bream contributed to this report.