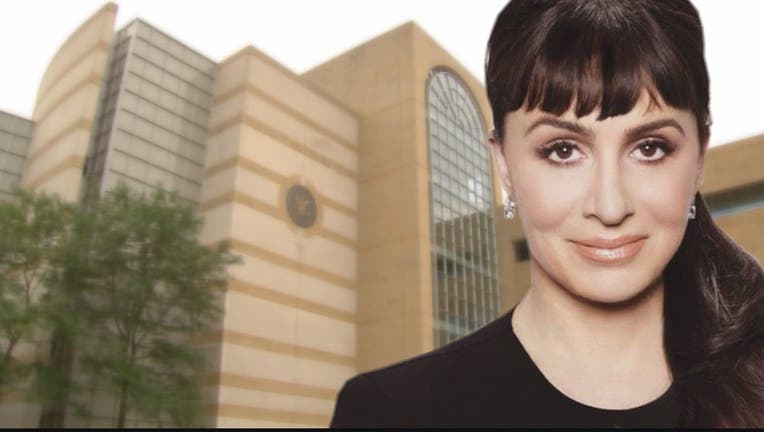 GREENBELT, Md. - A Maryland investment adviser was sentenced Wednesday to 20 years in prison for defrauding investors out of millions of dollars, some of which she spent on astrological gems, cosmetic medical procedures and religious rituals in India.

"Dawn, you ruined my life," Jean Dalmas, 65, of Baltimore, said, her body trembling as she described how she lost her life savings. "I fear I may never get to retire."

A Maryland investment adviser was sentenced Wednesday to 20 years in prison for defrauding investors out of millions of dollars, some of which she spent on astrological gems, cosmetic medical procedures and religious rituals in India.

Xinis also ordered Bennett to pay more than $14.5 million in restitution to her victims. Justice Department prosecutor Erin Pulice said Bennett defrauded 46 investors out of more than $20 million in less than three years.

Bennett, who didn't testify at her trial last year, read aloud a statement in which she vowed to devote the rest of her life outside of prison to repaying "every penny" she took from her investors.

"I am so profoundly humiliated that it will be difficult to ever shake it off," she said.

A jury last October convicted Bennett of all 17 counts in her indictment, including charges of securities fraud, wire fraud and bank fraud.

Prosecutors recommended a 25-year sentence for Bennett. Federal sentencing guidelines called for a prison term ranging from 27 years to nearly 34 years, but Xinis said a sentence within that range could mean Bennett dies in prison. She said Bennett sent her victims to their "financial graves" while using their money to maintain a lifestyle of luxury.

"She made the choice not to change her lifestyle one iota," she said.

Jurors heard testimony that Bennett used investors' money to pay more than $800,000 for prayers by Hindu priests in India to ward off federal investigators while her business was collapsing. Bennett paid a man in Washington state to arrange for the rituals while she faced a Ponzi scheme investigation by the U.S. Securities and Exchange Commission.

"I am in a very very tough fight going against my enemies and I need all the help I can get," Bennett wrote in an email to Puja.net website operator Benjamin Collins.

Investigators also discovered evidence in Bennett's home in Chevy Chase, Maryland, that she tried to silence SEC investigators by casting "hoodoo" spells, according to an FBI agent's affidavit. Agents found instructions for placing people under a "Beef Tongue Shut Up Hoodoo Spell" and found the initials of SEC attorneys written on the lids of Mason jars stored in Bennett's freezers, the affidavit said. Hoodoo is a set of magical or spiritual practices and beliefs with origins in West Africa.

However, jurors didn't hear any testimony about paranormal practices during Bennett's trial.

The FBI's investigation of Bennett began in December 2015 after the SEC formally accused her of defrauding investors by inflating the amount of assets she managed and exaggerating the returns on her customers' investments.

Prosecutors said Bennett didn't tell investors in her luxury sportswear company that she was using their money to pay off other investors or to cover personal expenses, including more than $141,000 on astrological gems, more than $100,000 on cosmetic medical procedures and a $500,000 annual lease for a luxury suite at the Dallas Cowboys' home stadium.

"These were highly vulnerable victims," the prosecutor said.

During the trial, defense attorney Dennis Boyle said Bennett was free to mix her personal and business expenses and argued that her religious practices are irrelevant.

Bennett used promissory notes to raise millions from investors in her company, DJBennett.com, authorities said. Some investors were longtime friends. Others knew her from "Financial Myth Busting With Dawn Bennett," a paid weekly radio show she hosted in the Washington, D.C., area.

Many investors lost their life savings or retirement funds to Bennett, who promised a 15 percent return on their investment, according to trial testimony.

Mark Hale, 63, said he lost approximately $200,000 in the scheme and has had to put off his retirement plans.

"She has betrayed my trust, the trust of my family," he said. "We were victimized by her, and a lot of us can't recover from that."

Boyle tried to depict Bennett as a fraud victim herself, saying she invested more than $8 million of her own money in her online business and relied on false financial numbers and records prepared by her company's chief financial officer, Bradley Mascho.

The text is from the Associated Press