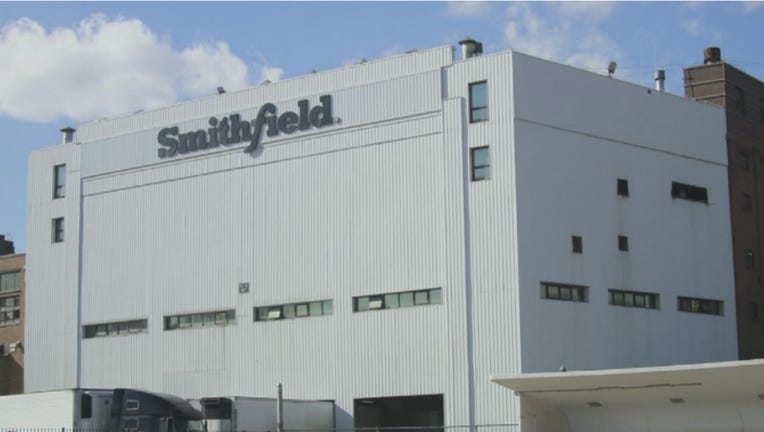 SMITHFIELD, Va. - The Centers for Disease Control and Prevention on Thursday will inspect a closed pork processing plant owned by Virginia-based Smithfield that's turned into a coronavirus hot spot in South Dakota, one day after the company announced it's shuttering two more plants.

Smithfield will temporarily close its Cudahy, Wisconsin plant for two weeks. The company will also temporarily shutter its Martin City, Missouri facility -- which employs more than 400 people --  because it needs the raw materials from the Sioux Falls, South Dakota plant to operate.

"Without plants like Sioux Falls running, other further processing facilities like Martin City cannot function," Smithfield CEO Ken Sullivan said in a statement. "This is why our government has named food and agriculture critical infrastructure sectors and called on us to maintain operations and normal work schedules."

Perdue said in a FOX Business interview on Thursday that he speaks with Sullivan two to three times a day.

The Sioux Falls plant closed indefinitely on Sunday after pressure from Noem and Sioux Falls Mayor Paul TenHaken. More than 500 employees at the plant, one of the largest in the country, and 126 of their close contacts have contracted coronavirus, state health officials said at a press conference on Wednesday.

Smithfield-related cases make up roughly half of South Dakota's total case count, and the cluster is comparable in size to the nearly 600-person outbreak on the USS Theodore Roosevelt.