CHICAGO - Carli Lloyd, a U.S. Women’s National Soccer Team legend, has announced her retirement on the heels of her fourth and final Olympics.

Lloyd’s final games in a U.S. uniform will be four friendly matches in September and October, U.S. Soccer said Monday.

The 39-year-old will also play the remainder of the National Women’s Soccer League season with NJ/NY Gotham FC before also ending her professional club career, which has spanned 12 years and six teams.

"When I first started out with the National Team in 2005, my two main goals were to be the most complete soccer player I could be and to help the team win championships," Lloyd said in a statement. "Every single day I stepped out onto the field, I played as if it was my last game. I never wanted to take anything for granted, especially knowing how hard it is to get to the top, but even harder to stay at the top for so long."

She has played for five different USWNT head coaches, scoring multiple goals under all of them. 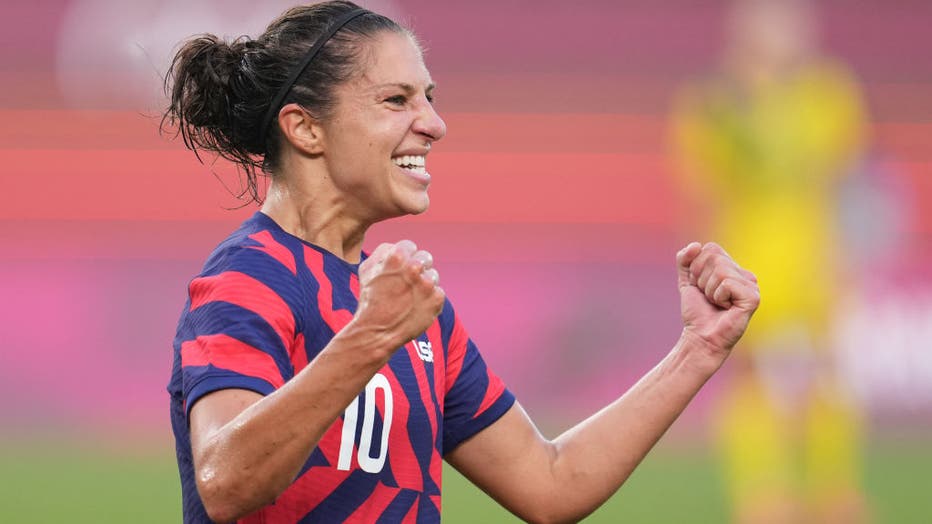 FILE - Carli Lloyd #10 of the United States celebrates scoring during a game between Australia and USWNT at Kashima Soccer Stadium on Aug. 5, 2021, in Kashima, Japan. (Photo by Brad Smith/ISI Photos/Getty Images)

Lloyd recently competed in her fourth Olympics in Tokyo, earning the bronze medal in a victory over Australia. She will end her career as USA’s all-time top scorer in the Olympics with 10 goals, topping Abby Wambach.