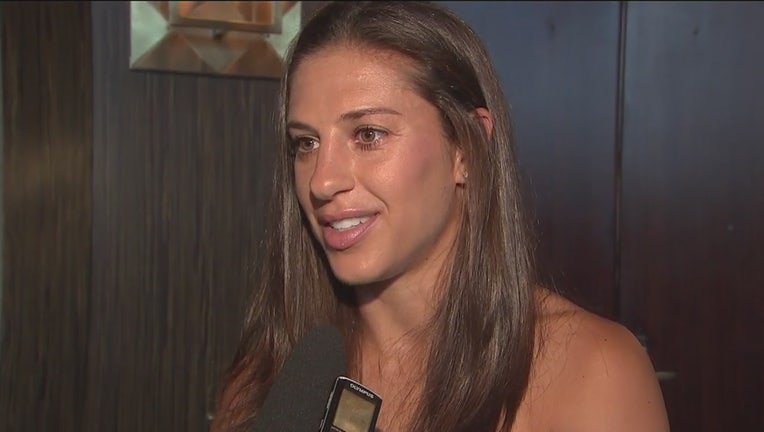 HOUSTON (FOX 26) - Houston Dash midfielder Carli Lloyd suffered a Grade 1 MCL sprain on Saturday night when the team faced the Orlando Pride in Florida. An MRI scan on Monday morning confirmed the injury. Lloyd was hurt in the fifth minute of the match when she went in for a tackle against a Pride player. The expected recovery time for an injury of this nature is from three-to-six weeks.

"I would like to thank everyone for their well wishes," says Lloyd in a statement released by the Dash. "Obviously, I'm very disappointed with the injury. I was feeling great and starting to get comfortable with my Dash teammates. The timing is not great but I'm confident that I will come back in peak condition. Rehab starts tomorrow and you'll see me on the field soon."

The Dash will return to BBVA Compass Stadium on Friday to host Sky Blue FC, which defeated Seattle Reign FC to open the season and lost 2-1 against the Washington Spirit on Sunday.

"We wish Carli the best as she recovers from this injury," says Dash managing director Brian Ching in the team statement. "We have built a deep squad this season. There has been a lot of competition for playing time and with the recent injuries it is a great opportunity for other players to step in and get minutes this Friday against Sky Blue FC."