An attempted carjacking and an actual carjacking in Arlington has police ramping up patrols at Pentagon City and Pentagon Row.

PENTAGON CITY, Va. (FOX 5 DC) - An attempted carjacking and an actual carjacking in Arlington has police ramping up patrols at Pentagon City and Pentagon Row.

The incidents happened hours apart on Friday night. Now, FOX 5 is learning more about the investigation into the suspect.

Police say the suspect is a man with a thin build, reportedly in his mid-20’s, who is around six feet tall with short black hair and light facial hair.

We also know there may be surveillance video of the man before or after the encounters. Detectives are also asking people to come forward if they have private cameras.

FOX 5's Tisha Lewis reports the latest two incidents are being investigated as part of a series of carjackings in this area. 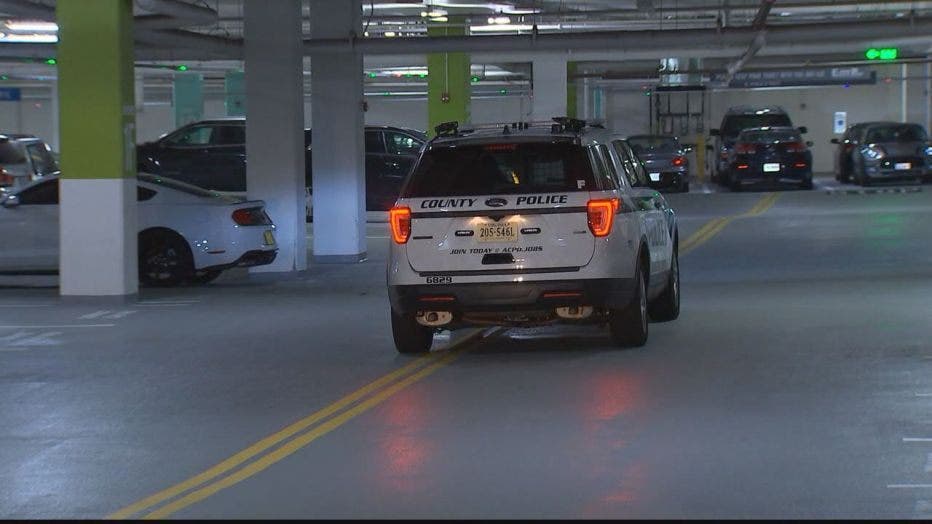 Police say the first incident happened at Pentagon City on Friday at around 10:30 p.m., which is about an hour after the mall closed.

The victim was reportedly sitting in his car on his cell phone when the attacker knocked on the window, apparently showing a gun and demanding the victim get out.  Once out, he was attacked by the suspect.

Police say the victim began to scream and the suspect took off.

While police were investigating that incident, they were called to an actual carjacking nearby on the 900 block of Army Navy Drive.

In that case, the victim noticed the suspect acting suspicious, left his car, returned and that’s when the suspect confronted him, stealing the car, leading police on a high-speed chase before eventually getting away.

For tips on how to potentially avoid being carjacked, police say exit and enter your car promptly, park in well lit high traffic areas and be aware of your surroundings.

Police tell FOX 5 they have increased patrol presence in the area, which includes plain-clothes officers.