New timeline for pipe bombs at RNC and DNC

The FBI released new pictures of the person suspected of leaving the two pipe bombs found at the RNC and DNC the day of the Capitol attack. You also get a better look at the pipe bombs.

The FBI is intensifying their search for the man, who was hooded and masked in every surveillance image he’s seen in.

On Friday, they raised the reward they’re offering for information leading to his arrest and conviction to $100,000.

The bombs were located around the same time that a mob leaving a Trump rally in Freedom Plaza marched to the Capitol. 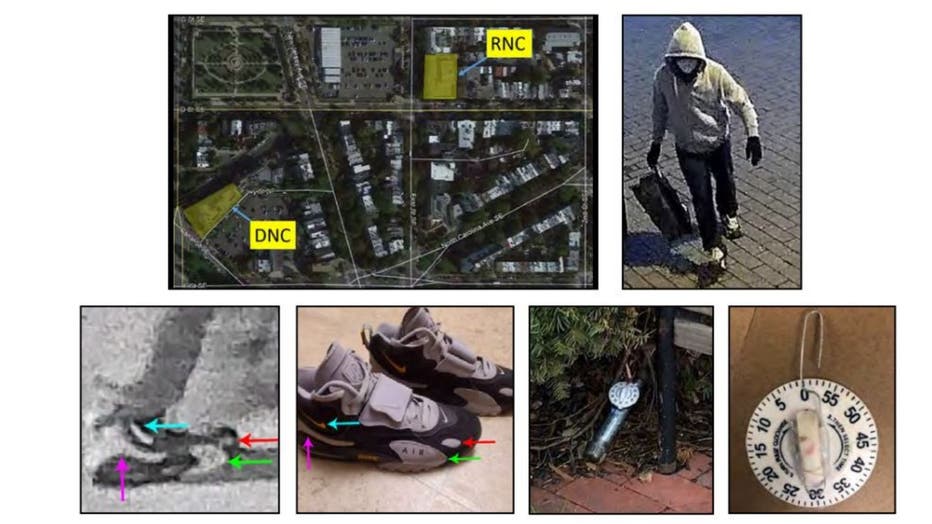 FOX 5's Natalie Rubino spoke to a former Secret Service agent Friday who says it’s unnerving that they sat there for so long unnoticed.

"The potential for tragedy in this situation with these two bombs set out in public spaces, we’re just all fortunate as a society that they didn’t detonate," said Jeff James.

Several clips show the man in different parts of the neighborhood. James says this needs to serve as a warning for when you see something say something.

"It’s so incredibly important when you see something like this to make sure that you’re finding somebody to tell," said James. "I think if people had seen these bags in front of these offices or near these offices, or if they had seen someone drop a bag and intentionally walked away from it, that could’ve shortened the timeline that we’ve seen."

The protesters quickly overwhelmed Capitol police and overran the building after Congress had convened to certify the Electoral College vote.

Five people died during the incident – including one Capitol police officer.

The man in the surveillance images is wearing a mask, a gray hoodie, black gloves, and black and white shoes.

If you have information that can help investigators, call 1-800-CALL-FBI.