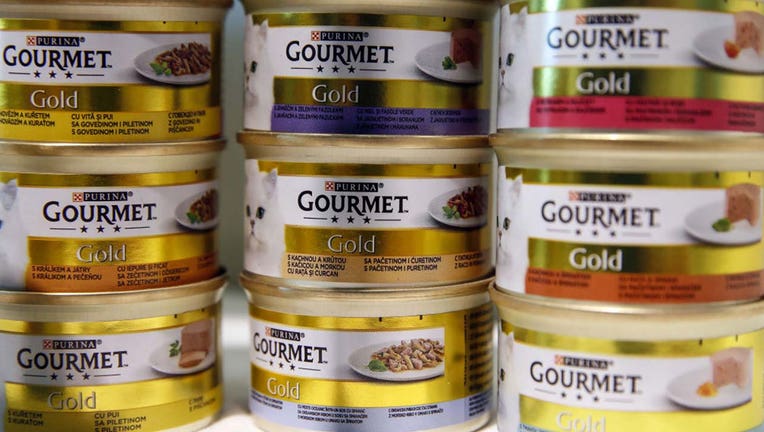 Pet owners may have a harder time than usual searching for their dog or cat’s favorite canned food and — you guessed it — the supply chain backlogs are still to blame.

In June 2021, the Pet Food Institute (PFI), which represents America’s dog and cat food and treat makers, sent public comments to the U.S. Department of Agriculture (USDA) which outlined supply chain and manufacturing woes impacting the industry. And these same issues continue to plague manufacturers and consumers even now in 2022, according to PFI.

"As the entire food system faced incredible disruption during the COVID-19 pandemic, U.S. pet food makers were also forced to address new ingredient sourcing and transportation challenges," said Dana Brooks, president and CEO of PFI. "America’s dog and cat food makers responded with resiliency and are hard at work making nutritionally balanced food for our pets, but PFI is asking the Biden administration to identify policy solutions that will help further strengthen all of American food and agriculture for the future."

Even after COVID-19 cases started to decrease and businesses resumed operations as normal, ingredients such as chicken by-products and vegetable oils, which are used in many canned food items for pets, were hard to come by, according to PFI.

"These ingredient shortages have not abated as the pandemic began receding. PFI members report all ingredient costs have risen 8-20%, with dramatic price increases for corn and soybean derivatives, which are key ingredients in many dog and cat food formulations," PFI said.

In California, franchises such as PetSmart are out of canned food in several locations, FOX 11 reported.

The manager of Centinela Feed & Pet Supplies in Torrance, California, Jen Muise, said a shortage of workers at canning facilities has been a problem for pet stores since late last year.

"A lot of times it’s a good idea to work with groups that have their own physical canneries, brands like Lotus and Fromm who actually have not just U.S. based canneries but they own their own canneries so that way they control the supply, they control the functioning, you don’t run into as many issues with that," Muise told FOX 11.

"Brands like Stella and Chewy are converting into pouches of food as well as packs so they don’t have to be dependent on the cannery or aluminum situation that we have," said Dan Ryu, COO of Centinela Feed & Pet Supplies.

The average price for a gallon of gasoline in the U.S. hit a new record high of $4.104 on Monday, surpassing the previous record of $4.103 set in 2008 according to data from GasBuddy.

In January, the Tampa Bay Humane Society (TBHS) in Florida saw a shortage of some canned cat foods, specifically the wet, pate kinds, according to FOX 13 Tampa.

"Fortunately, in our building, we’ve stocked up for the next few months," said Lon Savini, facilities director at TBHS. "But all that’s really out there right now is shreds and bits."

In America, some of the most popular canned pet foods are imported from overseas, and with transportation and fuel costs increasing amid inflation, the supply continues to dwindle.

"American pet food has both a global presence and some pet food makers rely on key foreign inputs," PFI said. "Some ingredients must be sourced from abroad, owing to third country import requirements or the simple fact that some ingredients, notably minerals and 5 vitamins, are more abundant in some countries than in others. The success of U.S. pet food makers relies on reliable international export and import channels."

Some pet food brands have also tripled in price in the past few months and protein costs are going up in addition to everything else.

"My roommate gets Costco brand so I’ve been feeding him that and he seems to like that more honestly so I haven’t really been buying the expensive stuff anymore," dog owner Matthew Adams told FOX 11.

While the canned pet food industry continues to work to get whatever products they can out to consumers, they ask the public to buy only what is needed.

"We encourage shoppers to only purchase the amount of food they would regularly need and recommend contacting the individual company for assistance regarding a specific pet food product," PFI said.