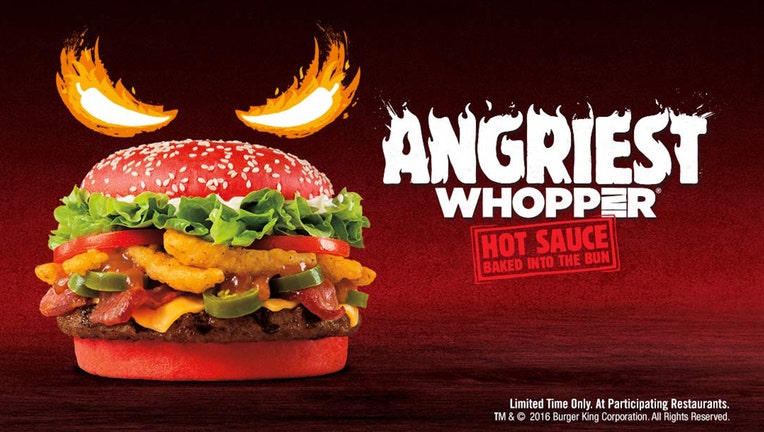 Burger King is at it again, changing up its staple hamburger, the WHOPPER®, with a new kind of bun.

We all remember the Halloween-themed, black bun, which came with a questionable side effect many explained on social media.

Now, the restaurant chain is calling it the "Angriest WHOPPER sandwich," but it may make your stomach angrier than the burger itself.

Then it's surrounded in the new, red bun that has hot sauced baked in.

However, it has 34 grams of protein, which is 68-percent of the daily recommended value based on a 2,000 calorie diet. If nutrition labels are your thing, just eat carrots the rest of the day and you'll be set! After one of the Angriest WHOPPERs, your taste buds may not know the difference, anyway.