Six North American beavers were born at a zoo in Apple Valley, Minnesota, on June 9 and were "doing well," the Minnesota Zoo announced on June 15. (Credit: Minnesota Zoo via Storyful)

A pair of beavers at the Minnesota Zoo just welcomed six beaver babies, or kits, and zookeepers say the brood is "doing well."

Gina and Randy, the parents, welcomed their kits on June 9, according to the zoo’s Facebook page.

"Congratulations to the newest parents at the #MNZoo, Randy and Gina, the North American beavers!," the zoo shared on social media.

The babies are expected to have their public debut in July and for now, mom and dad will be in their normal enclosure at the beaver pond on Minnesota Trail, the zoo said. 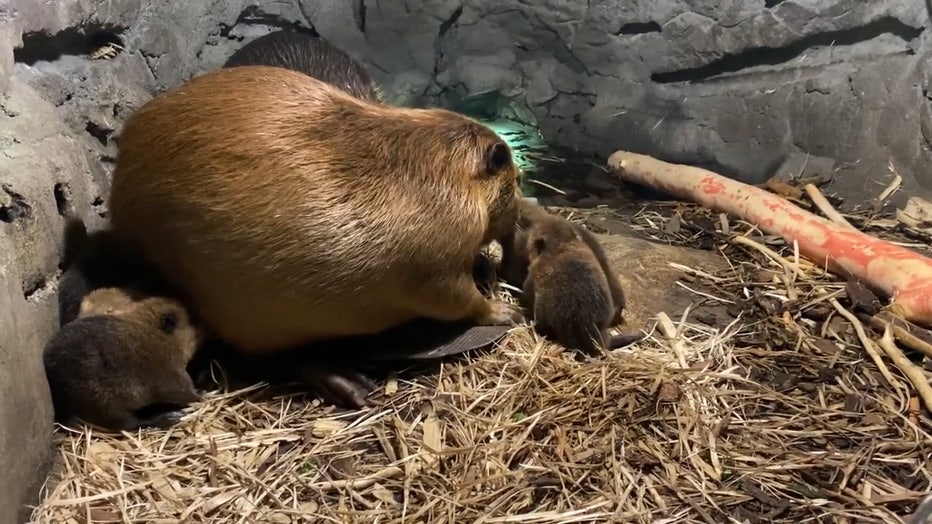 North American beavers typically have one litter of kits a year that can range anywhere between one and four, and sometimes more, according to The National Wildlife Federation.

Beavers are easily recognized for their large front teeth which are useful for cutting down trees that they use to build their dams and lodges, according to the Minnesota Zoo’s website.

The species’ population is stable and can live between 10-12 years in the wild and up to 19 years in captivity.

Storyful contributed to this report. This story was reported out of Los Angeles.