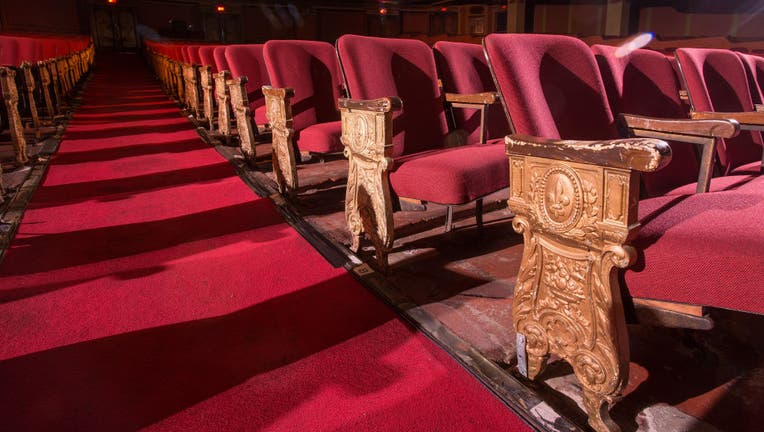 NEW YORK - The new coronavirus has reached Broadway, but the shows on the Great White Way are scheduled to go on as planned.

A part-time usher and security guard who worked at two theaters in recent days tested positive for COVID-19 and is under quarantine, according to the Shubert and Nederlander organizations, Broadway's largest theater chains.

Both theaters have been deep cleaned and all Broadway shows will be performed as expected Thursday night.

According to a joint statement by the theater chains, the employee worked as an usher at the revival of “Who’s Afraid of Virginia Woolf” at the Shubert’s Booth Theatre from March 3-7. The theater was deep cleaned “following all current government standards" as a result.

The nearby Brooks Atkinson Theatre, home to the show “Six,” has also been deep cleaned since the employee also helped expedite the public into the theater on Feb. 25 and March 1. Any ticket holder who prefers to attend a future performance of either show will be permitted to change their date.

“Employees of the theaters and productions who may have been exposed were notified and advised to monitor their health diligently and follow best practices related to personal hygiene, as well as directed to stay at home if they are ill,” the statement from the theater chains read.

“In addition, we are urging any high-risk audience members who attended these performances in the past several days to follow similar guidance,” it added.

Broadway producers have been cautious during the outbreak, with a wait-and-see approach for an industry that grossed $1.8 billion last season. The Broadway League, a trade organization representing producers and theater owners, has recommended that actors refrain from greeting fans at the stage door.

The league said it has also increased the frequency of cleaning and disinfecting in all public and backstage areas. It also added alcohol-based sanitizer dispensers for public use in the lobby of every theater.

Producers are notoriously unwilling to cancel shows, which had an average paid admission last week of over $100. The last time they did so was in 2016, when a ban on travel in New York and the suspension of public transportation due to snow forced theater owners to cancel one day's shows. Superstorm Sandy in 2012 also darkened Broadway for four days and cost more than $8.5 million in lost revenue.

Broadway is particularly vulnerable to the coronavirus because its audience skews older, thousands of people are packed into small seats for every show and the industry is dependent on tourism. Of the 14.8 million admissions in the 2018-2019 season, 65% were made by tourists — 46% from Americans outside New York and 19% from other countries.

Last week, attendance was actually higher than the previous week but some believe Broadway cannot avoid the effects of the outbreak forever. Broadway could feel the impact if school groups and tourists decide to skip New York in big numbers, though that will likely be felt gradually since the average ticket purchase for a Broadway show is made some 47 days before the performance.