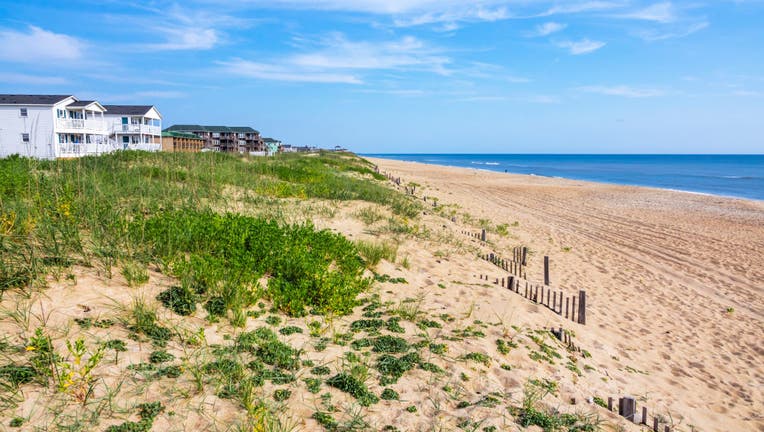 A 16-year-old boy is recovering after being attacked by a shark at the Cape Hatteras National Seashore in North Carolina.

Tim Arthur told FOX8 his son Nick was jumping over waves on a sandbar about 25 feet offshore, about 2 miles south of Salvo, when he suddenly heard him screaming.

Arthur said the shark had bitten into his son's thigh and would not let go, even as his son hit the predator on the head with his hands.

The father said he rushed over and started kicking and punching the shark. A kick to the nose finally forced the shark to let go, Arthur said.

The boy was treated at a medical facility in Nags Head after the incident, which occurred at approximately 4 p.m. Thursday, according to the National Park Service.

Arthur told CNN that the shark left more than 40 teeth marks on his son's thigh. Nick also had to be treated for wounds to his hand.

Memorial Day weekend is the unofficial start of summer, but you already know this summer will be anything but usual because of COVID-19. FOX 5's Stephanie Ramirez breaks down everything you need to know if you're heading to the beach.

The injuries were non-life-threatening but required 17 stitches, FOX 8 reported. The teenager was released later that night and is on crutches.

The family was visiting the seashore from their home in Oak Ridge, N.C., reports said.