Catching up with 'MJ The Musical' star Myles Frost

Junior Myles Frost, who stars as Michael Jackson, was awarded the Best Performance by an Actor in a Leading Role in a Musical.

Faculty, administrators and Frost's classmates at Bowie State are celebrating his history-making accomplishment.

'MJ,' musical about Michael Jackson, to launch national tour in 2023

"We are absolutely thrilled that Myles Frost has won a Tony Award for his portrayal of music icon Michael Jackson in Broadway’s MJ: The Musical," said Dr. Aminta Breaux, President of Bowie State University in a statement. 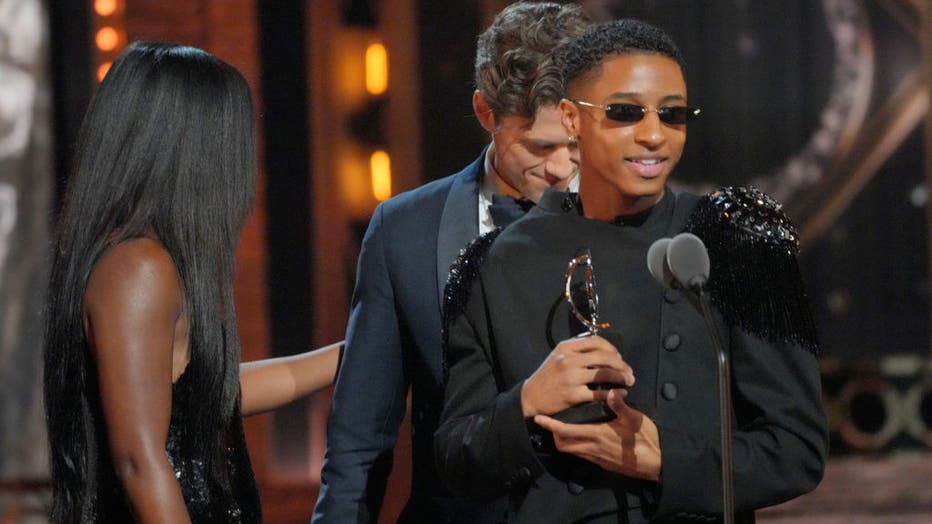 NEW YORK, NEW YORK - JUNE 12: Myles Frost (R) accepts the award for Best Performance by an Actor in a Leading Role in a Musical for "MJ" from Adrienne Warren and Aaron Tveit onstage during the 75th Annual Tony Awards at Radio City Music Hall on June

"Myles is the youngest HBCU student to win a Tony. I believe the best is yet to come," she said.

Frost is also the youngest actor to win a Tony Award solo in his category, according to the school.

Catching up with 'MJ The Musical' star Myles Frost

Before moonwalking on Broadway, Frost was a budding music technology major at Bowie State.

He was selected in 2021 to portray Michael Jackson in the musical after producers saw a high school YouTube video of him performing Jackson’s hit "Billie Jean".

"Words can’t express how proud the entire Bowie State University family is to know that Myles has won a Tony Award," said Breaux. "He exemplifies excellence which is one of the university’s core values, and he’ll be a role model for other Bowie State students for generations. There seems to be no limits to his artistic talent, and BSU looks forward to supporting him throughout his career."