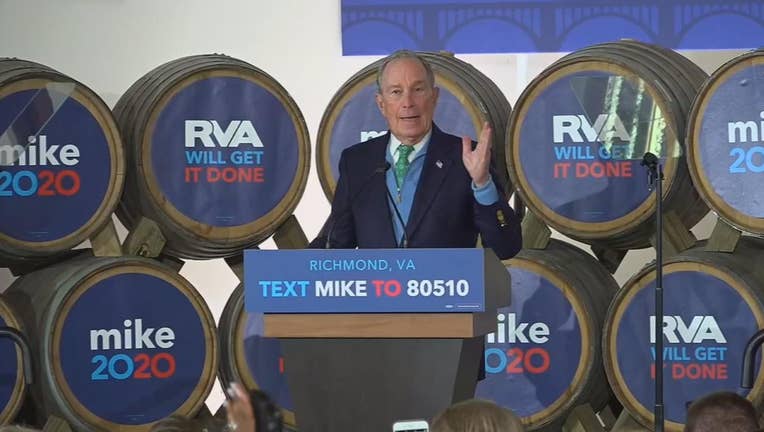 LOS ANGELES (AP) - Democratic presidential candidate Mike Bloomberg plans to reassess on Wednesday whether he should stay in the race after disappointing results in Tuesday's primaries.

A person close to the Bloomberg campaign confirmed the deliberations. The person wasn't authorized to discuss the matter by name and requested anonymity.

Bloomberg spent more than half a billion dollars on his presidential campaign. But Tuesday marked the first elections where he was on ballots. Former Vice President Joe Biden won key states like Virginia and North Carolina where Bloomberg had spent millions of dollars and campaigned heavily.

Fourteen states voted in Tuesday's primaries. Polls in California, the biggest delegate haul, have not yet closed.