Police are investigating after a bicyclist was struck and killed on River Road in Bethesda Thursday afternoon.

BETHESDA, Md. - A bicyclist is dead after being hit by a truck in Montgomery County on Thursday afternoon, according to police.

The Montgomery County Police Department says officers responded to the crash in the 5200 block of River Road in Bethesda around 4:05 p.m.

According to investigators, a woman, who was riding her bike in the bicycle lane, was hit by a flatbed truck as it tried to turn into a parking lot in the area.

Police say the woman was pronounced dead at the scene. Investigators later identified her as Sarah Joan Langenkamp, 42. 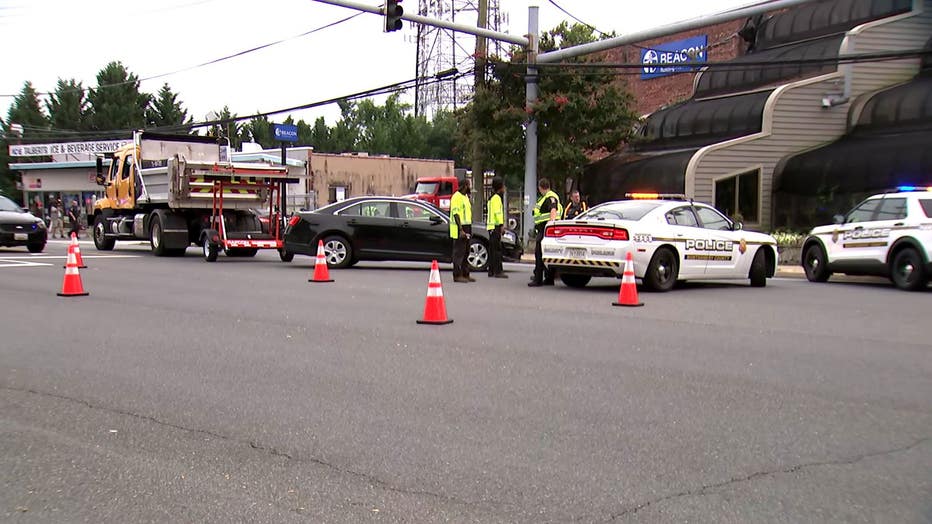 State Department officials confirmed that Langenkamp was a Foreign Service Officer with the department. They released the following statement about her death:

"Our hearts are broken after the tragic and sudden death of our colleague Sarah Langenkamp. Our thoughts are with her family — including her husband, a fellow beloved colleague, and their children — as well as all of her many friends and loved ones."

Police initially believed that the driver of the truck fled the scene, but they later confirmed to FOX 5 that the driver did not know they had hit someone but returned to the scene after making that realization.

Investigators have not identified the driver.