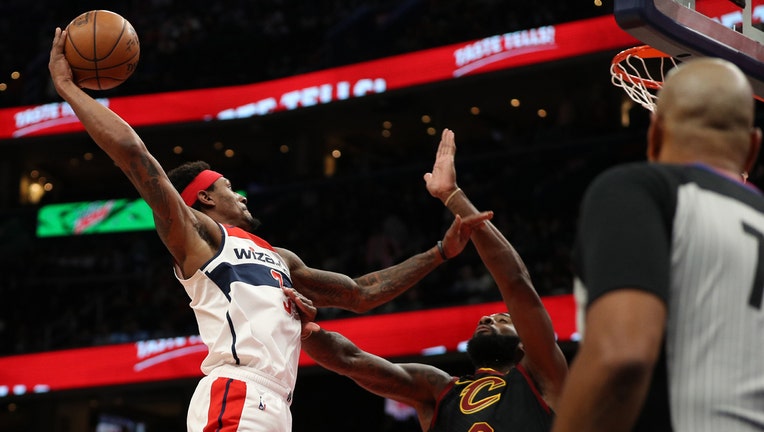 WASHINGTON - Bradley Beal is cementing his place among the Washington Wizards’ greats, but it was cold comfort as the team’s playoff hopes dimmed in Chicago Sunday.

Beal passed Jeff Malone on the franchise’s all-time scoring leaders’ list when he dropped a career high 53 points on the Bulls, but the Wizards still lost 126-117.

“I have to agree with (Brooks)," Beal said. "I put myself in that group, too. I can be better on the defensive end and the all-around game. We all can be better."

Coby White scored 33 points for the Bulls to join Michael Jordan as the only Bulls rookie with 30 or more points in consecutive games.

With the win, the Bulls snapped an eight-game losing streak.

The Wizards return to D.C. tonight to host the league leading Milwaukee Bucks.