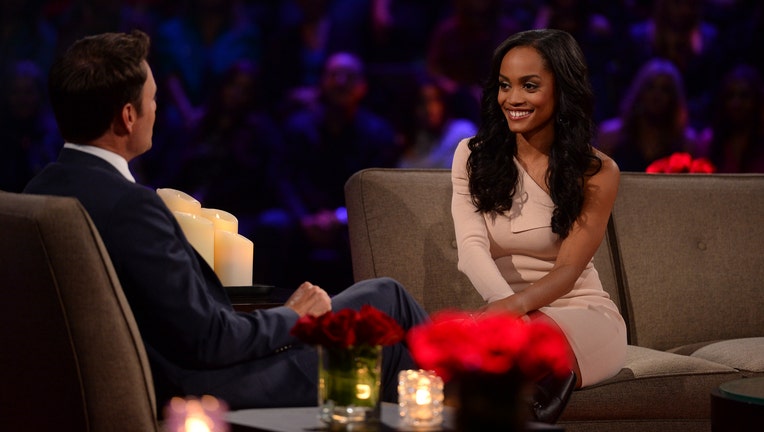 Lindsay, 35, made history in 2017 when she was chosen as the first black "Bachelorette" following her appearance on Nick Viall's season of "The Bachelor." While she's helped pave the way for her successors, the reality TV star recently admitted she's  preparing to cut ties with the ABC franchise.

"I can’t take it anymore," Lindsay, 35, said on her "Higher Learning" podcast via Page Six.

She added: "I’m contractually bound in some ways. But when it’s up, I am, too. I can’t do it anymore."

In the last year, Lindsay has been vocal about her opposition to the franchise for its lack of diversity, and hinted at parting ways.

Back in June, she said she was "excited" that Matt James was named the first black "Bachelor" but took issue with the timing of his casting, which followed nationwide outrage over the death of George Floyd on May 25, 2020.

"It does seem like a reaction to what's happening in our country. Did a man have to die in such a public way, on a national stage, for you to say, 'Now is the time for us to have a black 'Bachelor?'" Lindsay questioned. "That's what I hate. It's taking away from this moment."

She continued: "What I wanted was some acknowledgment and some recognition that they've been wrong and part of the problem, and they're going to vow to make the necessary changes to bring diversity internally and to more contestants of color on the show."

Lindsay also said she couldn’t be "affiliated" with the franchise unless they implemented major changes.

"If we're going around talking about Black Lives Matter and what's important and how we need systemic change … well then let's talk about systemic change when it comes to 'The Bachelor.' We got to change some things there, too," she said on AfterBuzz TV.