WASHINGTON - At least 12 people have been shot during a violent day in D.C.

Earlier in the day, a man died, and a woman was hospitalized after a deadly double shooting in Northwest D.C. That incident, police said, happened just after 2:05 a.m. in the 200 block of Florida Avenue.

Around 12:52 p.m., police responded to a senior living facility located at 27 O Street NW where five people were shot and two were killed, according to authorities. The victims all appeared to be Black males.

Five people have been shot and two are dead after a shooting in Northwest DC, according to police. FOX 5's Stephanie Ramirez has the latest.

Police said that shooting does not appear to be connected to the fatal shooting on Florida Avenue NW.

The location of the O Street incident took place in an open-air drug market. D.C. police routinely monitors the area and makes arrests for narcotics violations.

"We're trying to be as resourceful as we possibly can to put our officers and our detectives and our specialized units where the crime is," an MPD official said at the time. "Unfortunately, that crime just keeps moving around. We'll be on one block, and we'll displace criminals to another area where they'll be shootings over there."

DC Police give an update after five people were shot and 2 died in Northwest DC on Wednesday.

Less than an hour later, a teenager was shot at 14th and Saratoga Avenue, NE. The call came in at 1:22 p.m., and police said the victim is conscious and breathing.

In Southeast, police said shots were fired in the 2600 block of Douglas Place and an adult male was struck. The call came in at 6:07 p.m. And the victim was found conscious and breathing. 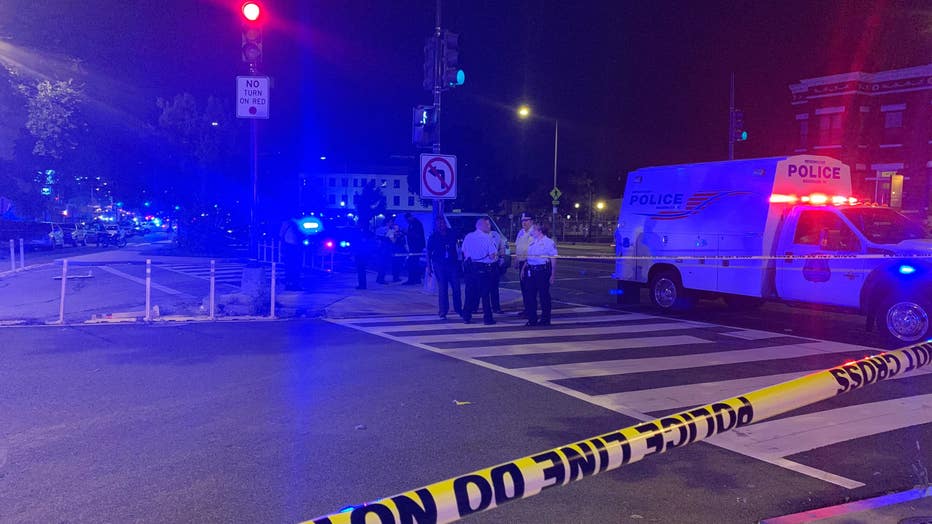 All of Wednesday's shootings remain under active investigation by police as they continue to search for suspects.