LOS ANGELES - More than 300,000 confirmed cases of the novel coronavirus reported worldwide as of March 23, and it’s the unconfirmed, aymptomatic cases that may be the cause for the continuing surge in COVID-19 infections, according to health officials.

According to the Centers for Disease Control and Prevention, some people who contract COVID-19 may not show any symptoms until 14 days after being infected.

Even more concerning is the fact that the novel coronavirus has been known to remain stable for “several hours to days in aerosols and on surfaces,” according to a new study from National Institutes of Health, CDC, UCLA and Princeton University scientists in The New England Journal of Medicine.

As world governments desperately scramble to contain the spread of the highly-contagious COVID-19 virus, authorities have implemented what so far has proven to be one of the most crucial weapons used to fight the spread of the virus: social distancing.

The head of the World Health Organization called on countries to implement more aggressive measures to fight the spread of the virus March 23, warning that the pandemic is accelerating.

A growing fear of epidemiologists amid the threat of the pandemic is the serious consequences that could result from a lack of proactivity in stopping further spread of the virus by failing to enact crucial precautionary measures.

While government and health officials have pleaded with the public to stay home and save lives, many have failed to heed the warnings.

Not long after mass shutdowns of all non-essential businesses sent many home without the prospect of employment, reports of people gathering outdoors, at beaches and parks in order to keep busy during the pandemic triggered a new round of warnings from officials as they struggled to contain the spread of COVID-19.

Social distancing helps take pressure off of the health care system, which has already been inundated by the ongoing pandemic. Because some may not experience symptoms of the coronavirus immediately, they might think it acceptable to go about their daily lives and routines, unaware that they’re putting others more at risk of serious complications from the virus, such as elderly people or those with pre-existing medical conditions.

Refusal to take the pandemic seriously mixed with the terrifying possibility that thousands of asymptomatic people may be failing to implement critical sanitary precautions is a recipe for disaster in containing the virus, according to global health officials.

Kentucky Sen. Rand Paul said he was tested a week ago for the novel coronavirus, but continued working at the Capitol because he had no symptoms of the illness and believed it was "highly unlikely” he was sick. Paul also said he did not have direct contact with anyone who tested positive for the virus or was sick.

Paul announced Sunday that he had tested positive for the virus, becoming the first case of COVID-19 in the Senate and raising fears about further transmission of the virus among senators, including more than two dozen who are in their 70s or 80s.

Paul's refusal to self-quarantine after being tested sparked bipartisan outrage, including from some of his colleagues. Sen. Kyrsten Sinema, a Democrat from Arizona, chastised Paul on Twitter, saying his decision to return to the Capitol before he learned the test results was “absolutely irresponsible.”

Dr. Ezekiel Emanuel, a former health policy adviser to President Barack Obama, said Monday that Paul, an eye surgeon, "did just about everything wrong" by not self-quarantining in the days before his test results came back.

Paul defended his actions in a statement Monday. Since most senators travel frequently by plane and attend "lots of large gatherings, I believed my risk factor for exposure to the virus to be similar to that of my colleagues, especially since multiple congressional staffers on the Hill had already tested positive weeks ago,'' he said. 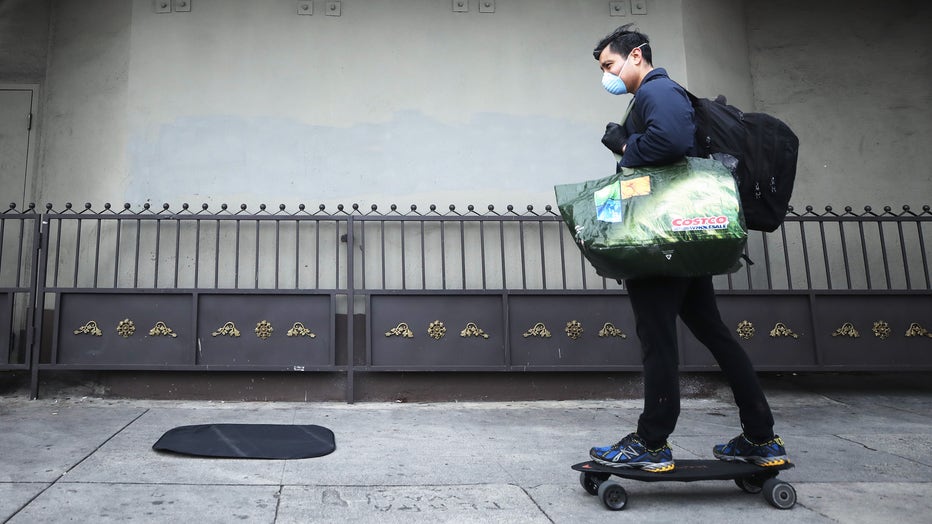 FILE - A man skates on the sidewalk while wearing a face mask and carrying bags on March 20, 2020 in Los Angeles, California. (Photo by Mario Tama/Getty Images)

“For those who want to criticize me for lack of quarantine, realize that if the rules on testing had been followed to a tee, I would never have been tested and would still be walking around the halls of the Capitol,” Paul added. Current federal guidelines would not have called for him to get tested or quarantined, Paul said.

"It was my extra precaution, out of concern for my damaged lung, that led me to get tested," he said.

According to a press release from the National Institutes of Health, SARS-CoV-2 which causes COVID-19, and SARS-CoV-1 which caused the 2002 SARS outbreak that infected over 8,000 people, have a key difference that could explain why COVID-19 has become a much larger and seemingly more uncontrollable outbreak.

“Emerging evidence suggests that people infected with SARS-CoV-2 might be spreading virus without recognizing, or prior to recognizing, symptoms,” NIH researchers wrote.

One study published on March 12 in the journal “Eurosurveillance” and conducted by a team of researchers from Kyoto University, Oxford University and Georgia State University, found that 17.9 percent of the 3,711 passengers and crew members aboard the Diamond Princess cruise ship were asymptomatic.

According to the study, 3,063 people on board the ship were administered tests with a total of 634 people testing positive as of Feb. 20. 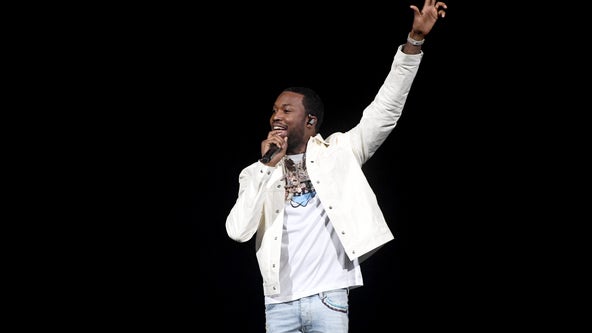