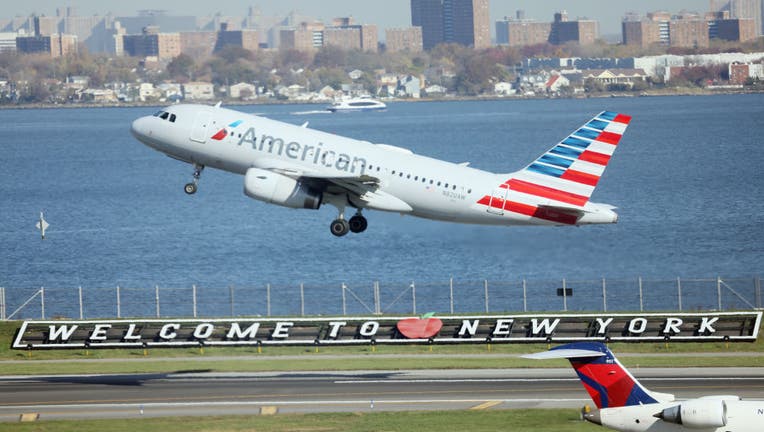 An American Airlines jet takes off at Laguardia AIrport on November 10, 2022 in the Queens borough of New York City. (Photo by Bruce Bennett/Getty Images)

MONTGOMERY, Ala. - An American Airlines worker was killed Saturday in a fatal incident in Alabama.

"Today around 3 pm an American Airlines ground crew piedmont employee was involved in a fatality, no additional information is available at this time," the Montgomery Regional Airport tweeted. "Our thoughts and prayers are with the family of the deceased."

Officials have not elaborated on the incident.

FOX Television Stations has reached out to American Airlines and the Federal Aviation Administration for comments.

The Federal Administration Aviation said the worker was killed on the ramp where American Airlines Flight 3408, an Embraer E175, was parked

According to Reuters, the employee killed was a baggage handler and the flight just arrived from Dallas.

"We are devastated by the accident involving a team member of Piedmont Airlines, an American Airlines regional carrier, at Montgomery Regional Airport (MGM)," the airline said in a statement to FOX Television Stations. "Our thoughts and prayers are with the family and our local team members. We are focused on ensuring that all involved have the support they need during this difficult time."

Both the FAA and the National Transportation Safety Board are investigating.