The MWAA says the FAA tasks individual airports with monitoring proposed construction building heights to ensure they are compatible with the local airspace. 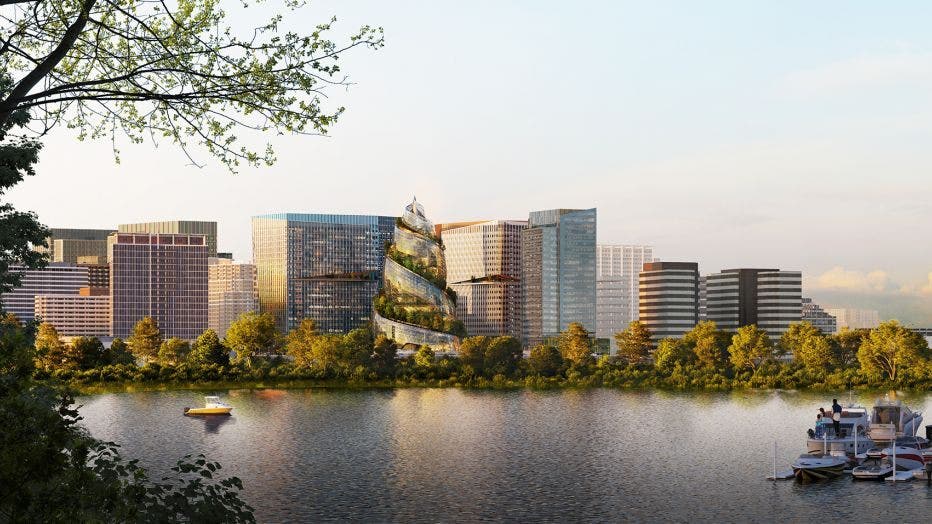 Amazon responded with a statement to FOX 5 saying: "Our proposed design for Pen Place is now in its review phase and we look forward to continue working with the FAA on our application." Amazon says that they submitted their proposed design for Pen Place -- the second phase of HQ2 -- in February 2021 and that it is not a final design and is subject to review. Amazon added that they believe the current design is in line with the FAA regulations and that they will wait for the FAA's final say in the matter – not the MWAA. Amazon also said the MWAA expressed concerns about the height of their Metropolitan Park structure that was ultimately approved by the FAA.

When asked for comment, the FAA referred FOX 5 to it's webpage on Obstruction Evaluation and issued a background statement that reads:

"Exceeding one of the Obstruction Standards of Part 77 is not a "restriction" and is only an indicator that further study is needed by the FAA Obstruction Evaluation Group to determine the full extent of adverse effect (if any) on aviation."

The space – which will rebrand Crystal City as National Landing – is expected to include 2.8 million square feet of office space in three buildings, as well as 2.5 acres of open public space and connected walkways.

The so-called "Helix" – a spiraling structure that rises 22 stories, will be the center piece of the campus and will be the tallest building on the site.

Sketches show trees and green space spiraling along the exterior of the building, which in addition to a helix also resembles a Christmas tree or a soft-serve ice cream cone.