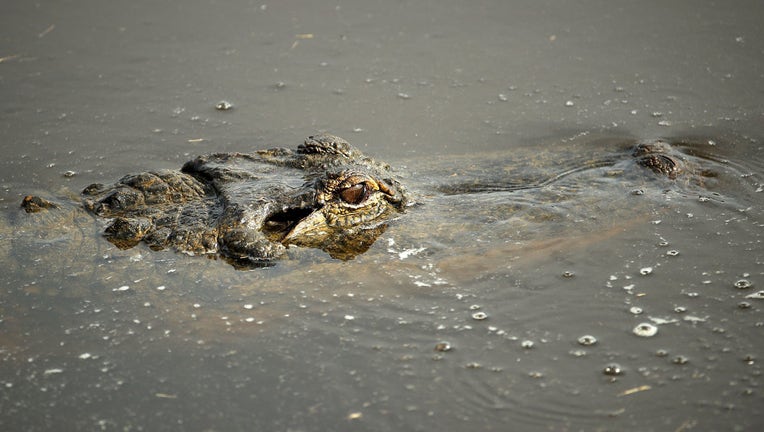 According to the Beaufort County Sheriff's Office, they received a call about the attack around 9:30 a.m. and responded to a lagoon off of Wood Duck Road in the Sea Pines Plantation.

Upon arrival, the body of a woman was discovered inside of the lagoon.

Witness accounts indicate that the woman, who will be identified after family is notified, was walking her dog near the lagoon when she was attacked and pulled underwater by the alligator.

The Sheriff's Office Environmental Crimes Unit, the South Carolina Department of Natural Resources and Sea Pines Security are on scene searching for the alligator, which is reported to be approximately 8 feet in length.

The Beaufort County Coroner scheduled an autopsy to be performed to determine the cause of the woman's death. The deceased woman's dog did not appear to be harmed during the incident.

Alligator attacks are rare and the animals are usually afraid of people, according to the South Carolina Department of Natural Resources.